NEWARK – It would be one of the most spectacular pivots in recent New Jersey political history: Essex County Executive Joe DiVIncenzo perfects his Jerry Lewis/Dean Martin stage act with Republican Chris Christie- and a year later not only scares away any Democratic Primary opposition, but secures yet another ally on the throne of Newark City Hall.

That’s what would happen if Shavar Jeffries were to win next week.

The powerful – but dented in the aftermath of Christie’s sagging fortunes – county executive wants a win on Tuesday.

For a lot of reasons.

A political animal, he wants a hat trick: Christie 2013, no opposition to his pursuit of another term as county executive in 2014, and Jeffries 2014.

He also genuinely likes Jeffries and wants him to be the next mayor of Newark.

Albeit in the background in this Newark mayor’s race, DiVincenzo has played this game to win all season.

The county executive made the comment while the man he originally endorsed for mayor, Ramos, fizzled visibly before the eyes of donors and political insiders alike as the councilman’s ambitious Hudson ally – Fulop – began a public flirtation with Baraka.

Ramos exited the mayor’s contest a short time afterwards, supplanted by Jeffries as the preferred candidate of the North Ward Democratic Organization, DiVincenzo’s longtime political base.

But what if Jeffries loses?

Newark sources have generally assumed the ground war consistency of veteran candidate Baraka, and have spoken for some time of the spectacular visual meltdown of the North Ward from the time Ramos launched his campaign last year to his innocuous exit two months ago amid murmurings of DiVincenzo’s endorsement of Christie transforming Ramos into collateral damage.

With the North Ward star carried from the field and forced to play defense for his council seat, state-appointed Schools Superintendent Cami Anderson the bogeywoman of the season, and Jeffries – if he loses next week – failing to turn the Newark narrative, DiVincenzo would have to somewhat eat the critique that he overreached with Christie and so suffered the associative consequences locally.

He would also be forced to grudgingly conceded a win to Fulop, who has slid as far as he can slide in DiVincenzo-world.

When he recently showed up at a Ramos fundraiser, the mayor all but got tossed. “What the hell is he doing here?” county handlers wanted to know, and Ramos found himself forced once again to play the part of unifier and pacifier amid a lot of low growls.

DiVincenzo doesn’t want to have to worry about Fulop bulking up politically for a gubernatorial run.

If Jeffries wins, the executive can claim to have outfoxed the recalcitrant neighboring mayor and take credit for putting him back in his Jersey City box.

In fairness, DiVincenzo and his allies would argue that in Booker they gained a U.S. Senator.

They were never close to the late U.S. Sen. Frank Lautenberg (D-N.J.).

Sometimes that relationship was openly hostile.

Worse than having to look at Fulop and Baraka raising each other’s arms in victory, the executive would have to fret – based on Norcross’ decision to go around him last year with the recruitment of Hudson’s Vinny Prieto for speaker – another South Jersey end run around Essex County.

Baraka in Newark City Hall augments Fulop’s statewide design, forcing Norcross to consider him as more than a callow youth showing up at Democratic Party functions in Somerset and Monmouth counties.

It would also force Norcross – already critical of his North Jersey ally’s decision to openly endorse Christie – to ponder DiVincenzo bungling his backyard.

No one expects Ramos to lose next week, and as long as DiVincenzo and Ramos remain close, the executive will maintain a key acolyte on the council; but the instant he senses Baraka and Fulop prying, he will be forced to play defense in the North Ward.

A Baraka victory will also strenegthen the hand of an executive rival to build politically from City Hall to challenge – or at least negotiate for – assembly and/or the 29th District senate seats.

Of course, if Jeffries loses, part of the post-mortem will include an assessment of his mayoral campaign prior to the mega dollar influx of independent expenditure television advertising that has apparently tightened the race.

DiVincenzo apologists will try to distance their boss from a loss, pointing to internal dynamics of the Jeffries operation they will say helped sink the candidate.

In the words of one enraged insider last week, a Jeffries backer and unyielding fan of the candidate, “The campaign was supposed to get the IEs [independent expenditures] in field goal range with time ticking down for the win, and instead the campaign handed off on Shavar’s one-yard line and down two touchdowns.”

How could Jeffries win? PolitickerNJ asked.

“If the phone lines were cut to his campaign headquarters,” was the reply, and the pro-Jeffries IEs alone were allowed to operate for the duration.

Stories like that will undoubtedly abound if Jeffries loses; many of them designed to shield DiVincenzo and spin the North Ward as that last bastion of real local power that assisted in putting Jeffries in the contest when Ramos bowed out – and giving the former state assistant attorney general his best shot.

But DiVincenzo’s decision to back Christie last year, made amid the voices of beseeching Democratic Party allies urging him to stay neutral – will also factor – if Tuesday’s result isn’t pretty for Team Jeffries – into the aftermath. 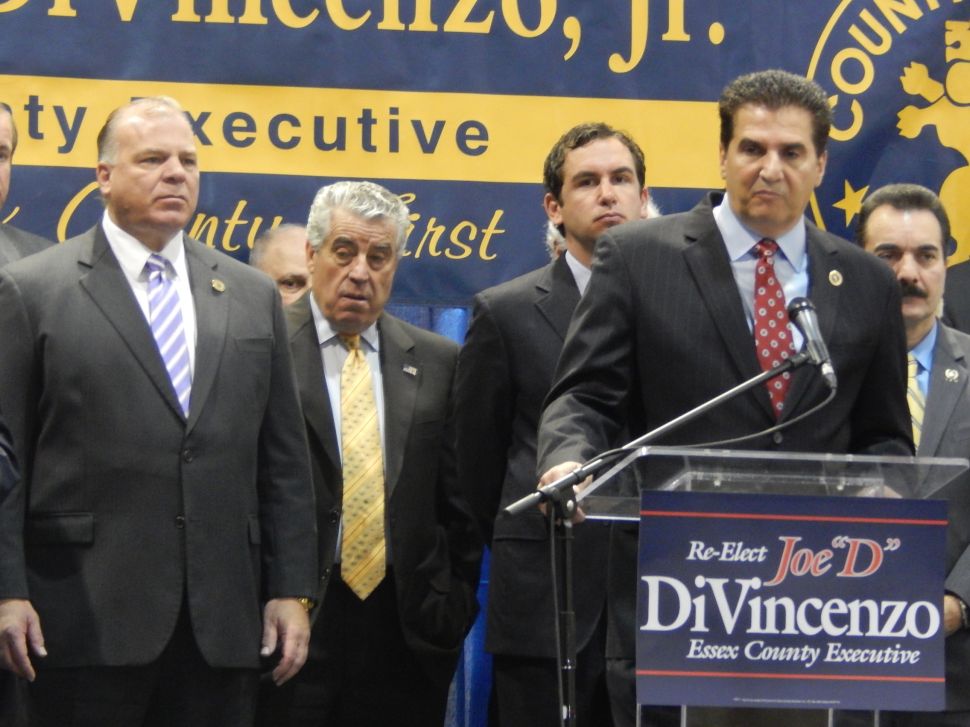