In a video released by TMZ, singer and it-girl Solange can be seen physically assaulting brother-in-law Jay Z in an elevator after last week’s Met gala.

The Standard Hotel– where the incident took place– is as confused as the rest of us as to how or why the video was released.

“We are shocked and disappointed that there was a clear breach of our security system and the confidentiality that we count on providing our guests. We are investigating with the utmost urgency the circumstances surrounding the situation,” a publicist for the hotel told the Grio in a statement.

Privacy violations aside, Twitter is in a frenzy over the bizarre attack, perhaps because the Solange / Beyonce / Jay Z trifecta is usually too cool for school. The trending hashtag #WhatJayZSaidToSolange has people speculating over what could have caused the outbreak.

Someone clever took to photoshop with this image of Michelle Obama:

The Illuminati connection was brought up:

#WhatJayZSaidToSolange Beyonce and I need a new Illuminati Sacrifice, are you down?

Others had more down to earth musings:

#WhatJayZSaidToSolange my lips are bigger than your career

#WhatJayZSaidToSolange is the new 'Lost in Translation' ending.

#WhatJayZSaidToSolange Solange, you are very talented… at having a sibling.

Jay-Z's gonna be at the next family reunion like.. #WhatJayZSaidToSolange pic.twitter.com/SQ914VEIHM

#WhatJayZSaidToSolange Jay farted on that elevator and accused Solange

What the fuuuuuuck is #Solange Knowles smoking? What a ratchet attack of #JayZ in an elevator.Damn girl…

#WhatJayZSaidToSolange Solange: You think I'll ever be as talented as my sister? Jay: pic.twitter.com/dX3GSnaGdl

As of yet, neither side has given a reason for the fight. All we can do is enjoy the Twitter drama while it lasts. 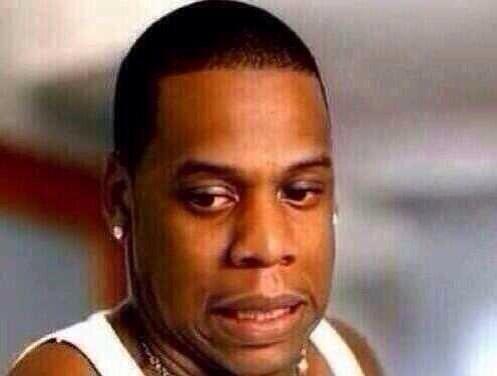