Mr. Collins is designing the future of fashion (Silja Magg)

“It was only a year after I got here that I realized I had to write a book,” said Simon Collins, the Dean of Fashion at Parsons The New School for Design on a recent visit to his airy Fifth Avenue office. “I reached behind me on the bookshelf for the book on noted Parsons designers and there just wasn’t one.”

And so Mr. Collins began what would become a lengthy labor of love. The result is the newly released The School of Fashion: 30 Parsons Designers, a sprawling, lushly illustrated compendium of the best Parsons alumni to come out of the legendary school.

“If you look at American fashion, it by and large came from us,” said Mr. Collins. “Ralph and Calvin didn’t, Michael Kors didn’t. But then you start running out of people who didn’t.”

The book ultimately asks the question: What makes Parsons so special?

Mr. Collins has some theories of his own.

First, he admits he would have never gotten the position as dean back in 2008 if the school wasn’t so forward thinking. Mr. Collins, who came from the United Kingdom and worked as creative director for brands including Zenga in Italy and Nike in China, had zero experience in academia.

“If I tried to become a dean in London they would laugh me out of the building,” he said. “Because they have traditions and they have certain beliefs. Parsons is a place where you can do these things.”

Parsons’ forward way of thinking is what attracts the best, according to Mr. Collins. Having such a glittering alumni body doesn’t hurt either.

“Claire McCardell came here, she invented sportswear, you could argue – so Donna Karan came here because of Claire McCardell. And then when Donna goes to school, people pay attention,” said Mr. Collins. “In the conversations I’ve had with so many of our alumni, they came because someone else came before them. That’s what happens. All the best students in the world, if they want to study fashion, they come to Parsons.”

He remembers being in China when someone asked him “What’s the magic of Parsons?”

“There’s no magic,” he remembers saying. “What happens is we’re just really good at what we do.”

“You’ve got the entrepreneurial DNA that is this city. We don’t have a history of court dressing. We never had couturiers — the very word is dressing for the court. So without that we built our own. And we built our own through the twentieth century, with this passion for invention,” he said. “New York City is the epicenter of that, certainly in fashion. It’s just who we are. We do things here, we get stuff done.”

Parsons is a distillation of this spirit, said Mr. Collins, a microcosm where students are able to think big within the realm of fashion. Collaboration and innovation are encouraged, he said. The many testimonials in School of Fashion echo this sentiment.

“I think the level of commitment that is required to get through the school is sort of like a brand. It’s a rite of passage,” current creative director of J. Crew and Parsons alum Jenna Lyons says in the book. Others fondly recall the school’s overwhelmingly stimulating environment.

Beyond Parsons, the future of fashion is bright, according to Mr. Collins.

“At it’s most basic, great design is about creating beautiful solutions,” he said. “Designers are the people doing that.”

Design sustainability and technology (and the intersection of the two) are big things he sees on the horizon. He’s particularly interested in the burgeoning fashion movement he sees blossoming in China, a place he travels to often as an authority on fashion innovation and diplomacy.

“There’s a very entrepreneurial, experimental, youthful approach to a lot of different things there. It creates an openess for experimentation,” he said.

Mr. Collins strives to bring this energy back to Parsons, where he’s pioneered collaborative initiatives (like the Parsons Design Lab). In his visions for the future of his school, it could be argued Mr. Collins is as much a designer as those he profiles in his book.

“Wherever I go and whatever I do, my mind is designing and redesigning and critiquing and comparing and creating. It’s permanent cognitive dissonance,” he said. “I’m inspired by everything all the time all around me, everywhere, always.”

Despite his travels, he plans to stay in New York, and at Parsons, for as long as possible. Mr. Collins knows he needs to be around to profile the next 30 greats that will inevitably come out of the school and enter into the fashion stratosphere.

“I look forward to it,” he said, smiling. 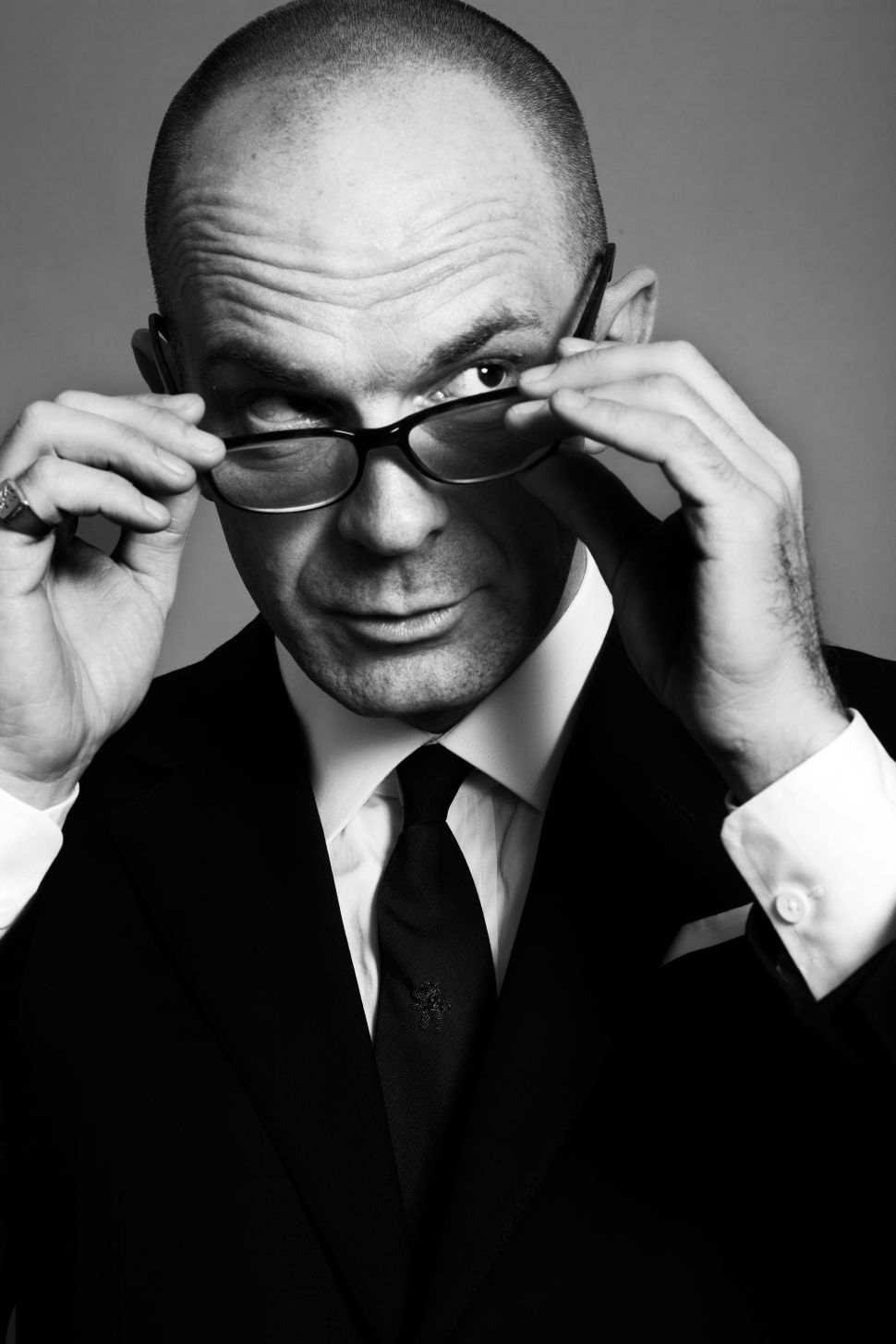