To those most cynical observing members of the political establishment, the workload breakdown seemed straightforward enough: Sen. Bob Menendez would handle the heavy lifting in the war and peace department as chair of the Foreign Relations Committee, and Sen. Cory Booker would take charge of his twitter handle and inspire world peace.

That included Booker staying out of Tuesday’s Newark mayoral election.

The man who served as the city’s chief executive for seven and a half years upon swearing-in pivoted to his U.S. Senate duties for the duration of a local and increasingly ugly campaign, choosing peace not war and leaving his closest allies to high-five this week about the political upside of having kept their boss out of the fray.

But questions lingered this week about the condition of the city in the Booker aftermath and the fact that his longtime local voluble political critic and polar opposite on most issues, chiefly education reform, Ras Baraka, assumed power with what appears to be the acquiescence of local Booker world.

One thing is clear from source talk: while financial contacts who lined up behind Booker – hedge-funders, charter school proponents and local powerhouse Ray Chambers chief among them – mobilized behind loser Shavar Jeffries, Booker’s political minders and City Hall-honed operators made the early street assessment that Jeffries couldn’t win.

Out of that forged size-up of the city’s political climate by Booker’s state director Mo Butler and Baraka chief of staff Middy Baraka came the mutual realization that it was not in the political interests of either Baraka or Booker to demonize the other in this cycle.

In last year’s special general election for U.S. Senate, the South Ward (Baraka’s home base) produced 6,400 votes for Booker – more than the North Ward, Booker’s organizational home, where he generated 4,800 votes in the same election.

At his Election Night victory party in the New Jersey Performing Arts Center, as the U.S. Senate-elect pounded a podium in political euphoria, Baraka sat in full view of the party revelers wearing an unmistakable 2014 grin.

Sources point to those numbers when making the argument that it never made sense for Baraka (who outdid Jeffries 8,000 plus votes to 3,300 in the SW) to go after Booker.

Booker’s people had no loyalties there, and there was widespread derision within the ranks for Anderson, a long since fallen-away Booker Team member.

While gracefully making those behind-the-scenes moves to facilitate City Hall survival in a Baraka epoch, insiders walked through the ideological arguments of those business and reform friendly Newarkers – Chambers, and Chris and Bishop Pernell among them – who saw Jeffries as an improvement on Booker politically owing to his roots in the South Ward, while maintaining the same vision for the city.

In the same of “maintaining direction,” Chambers landed big dollar donors from Wall Street and glitz like Eva Longoria.

Sources say Booker street allies were willing to trade in B4K for influence in Baraka world.

Ideology be damned, was the attitude, sources said, likening Booker world machinations to the calculation Jersey City Mayor Steve Fulop made when he chose Baraka over Jeffries.

Playing for statewide office, Fulop abandoned the schools reform movement – his biggest single independent expenditure backers in 2013 when he ran for mayor – to back the public school-championing Baraka for mayor.

The same public sector union t-shirted armies screaming anti-Fulop slogans in the streets of JC a year ago, this year embraced him as the anti-establishment cross-the-river soul political mate of the renegade Baraka.

Lent cover by his office – “senators don’t get involved in local races,” an insider said – Booker could assess the divide between Baraka and Jeffries on the school reform question and stay personally out of the contest, while a majority of his political operatives folded into the nascent Baraka empire.

“Stevie Wonder could see that, man,” one source said.

When North Ward Councilman Anibal Ramos dropped out the mayor’s race, those City Hall insiders had no intention of backing a man who not only wasn’t “part of the team,” but hadn’t “slept on people’s couches” the way Ras had.

Quibbling about the presence of their own fingerprints on the mess, in a city with a $93 million deficit, 211 murders last year and an internally combusting police department, the political insiders on the Booker Team anticipated a Baraka victory.

“It was the worst combination of business and politics,” groused one Newark insider, pointing to the number of City Hall minders and influencers around Booker who casually made the transition to Baraka as Jeffries got run over Tuesday.

Sources told PolitickerNJ that while Booker shared Jeffries’ basic views on school reform, law and order and development, and depended on the same Latino base of political support borne out by Tuesday’s results to have been Jeffries’ strongest fifth of the city, Booker City Hall operatives either  “didn’t know Shavar, or they didn’t like Shavar.”

One source tried to attribute Booker’s inability to work harder for Jeffries to “the Fulop factor,” namely fear of empowering a potentially more charismatic competitor.

“He’s an egomaniac, like all these guys,” said the source, “and he’s terrified of someone like Shavar upstaging him.”

Almost every other source PolitickerNJ talked to dismissed that observation, most of them arguing that it simply made no political or business sense for the senator to engage in a local race.

Sources also argued that having been with Booker going back to his days as the central ward councilman, remembering the threats, the losses, the gains, the losses, and weathered the heartbreak of that 2002 takedown by Sharpe James, rebuilt and come back in 2006, few around Booker were eager to embrace a political outsider like Jeffries, whose personal story struck a compelling chord, but who hadn’t yet sufficiently suffered politically. 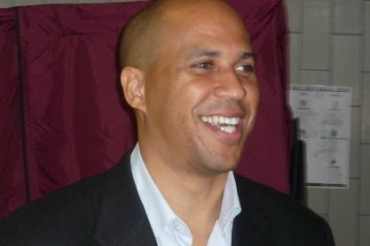