NEWARK – Yes, Tuesday was a nonpartisan race, and certainly everyone wants to try to be on his or her best behavior governmentally to try to make the Ras Baraka-Essex County Democratic experiment work.

“There is obviously some mending to be done,” acknowledged Essex County Democratic Chairman Leroy Jones, eschewing specific questions about politics.

“We need time to calm,” he added. “There needs to be a sharp focus on governance as opposed to politics. The new mayor of Newark faces a whopping fiscal crisis, and folks are going to have to band together to make sure governance is as the forefront. It’s about supporting those people who are going to be confronting these crises.”

But if politics can breaks down and bitterness abides, or even if deals go down a certain way, leaving some surviving and others vulnerable, Essex could find itself reshaped in the coming years.

The reason Payne comes up first is because his base – the South Ward – is precisely where Baraka spiked the vote and trampled on Payne’s candidate.

While state Sen. M. Teresa Ruiz (D-29) occupies a district that better protects her in a fight by virtue of its calculated North Ward provenance and Belleville and the East Ward serving as sandbagged flanks to provide further insulation, Payne stands at ground zero of Baraka’s power base.

Will they be able to stand each other?

“Payne has to get on the phone right away with Ras, if he hasn’t already, and tell him he’ll get him everything he needs in Washington,” said a Newark source.

Payne appears well-positioned to do that, as his tenure to date has been marked by a pro-active approach and accelerated work rate, which has caught past critics off guard.

But he still has all the associations of the party establishment that just tried to defeat Baraka.

If the Essex County Democratic Party and Baraka cannot resolve their differences and Payne becomes the 2016 test-drive target in a lead up to 2017 legislative contests, some of the possible candidates against him could include the following:

The South Ward councilman-elect told PolitickerNJ earlier this year that he no interest in running for Congress. But he has that war record and background in the military that might prod toward federal and international issues if he sees an opening.

Upside: He destroyed a hard-working Brian Logan in their South Ward matchup. Along with Payne, he’s the biggest name in the south – after Baraka.

Downside: He’s the son of Sharpe James, and although they have an alliance, Baraka might not want to empower the former mayor by giving the son a crack at Congress.

Bruised by the Democratic Party establishment and nursing federal designs, the 34th District assemblywoman jumped into the Baraka column on the Friday before Election Day. Although an East Orange icon, Oliver is originally from Newark’s South Ward.

Upside: She has the drive, the will, and the government background. She’s a woman. That doesn’t hurt, particularly in a city where the males in the political families had dominated the politics and the women have mostly sat on the sidelines.

Downside: Because she works for the county, whispers would inevitably follow her among those members of the Baraka entourage who can’t help associate Oliver with DiVincenzo. She might have to get a job at City Hall before she runs. Another thorny complication for Oliver is the fact while Newark born and bred, she doesn’t live there now.

Upside: The West Ward was Baraka’s second best performing fifth of the city, after the south. Rice has some family credit as the son of renegade state Sen. Ronald L. Rice (D-28) and motivation. His 2012 Democratic Primary loss to Payne left with a sense of real anger over the system.

Upside: The former president of SEIU Local 617 was one of Baraka’s most adamant inner circle allies.

Downside: Muhammad doesn’t have a political family name like the other men on this list, and like Baraka, which to this point in the city’s political history has proved important. 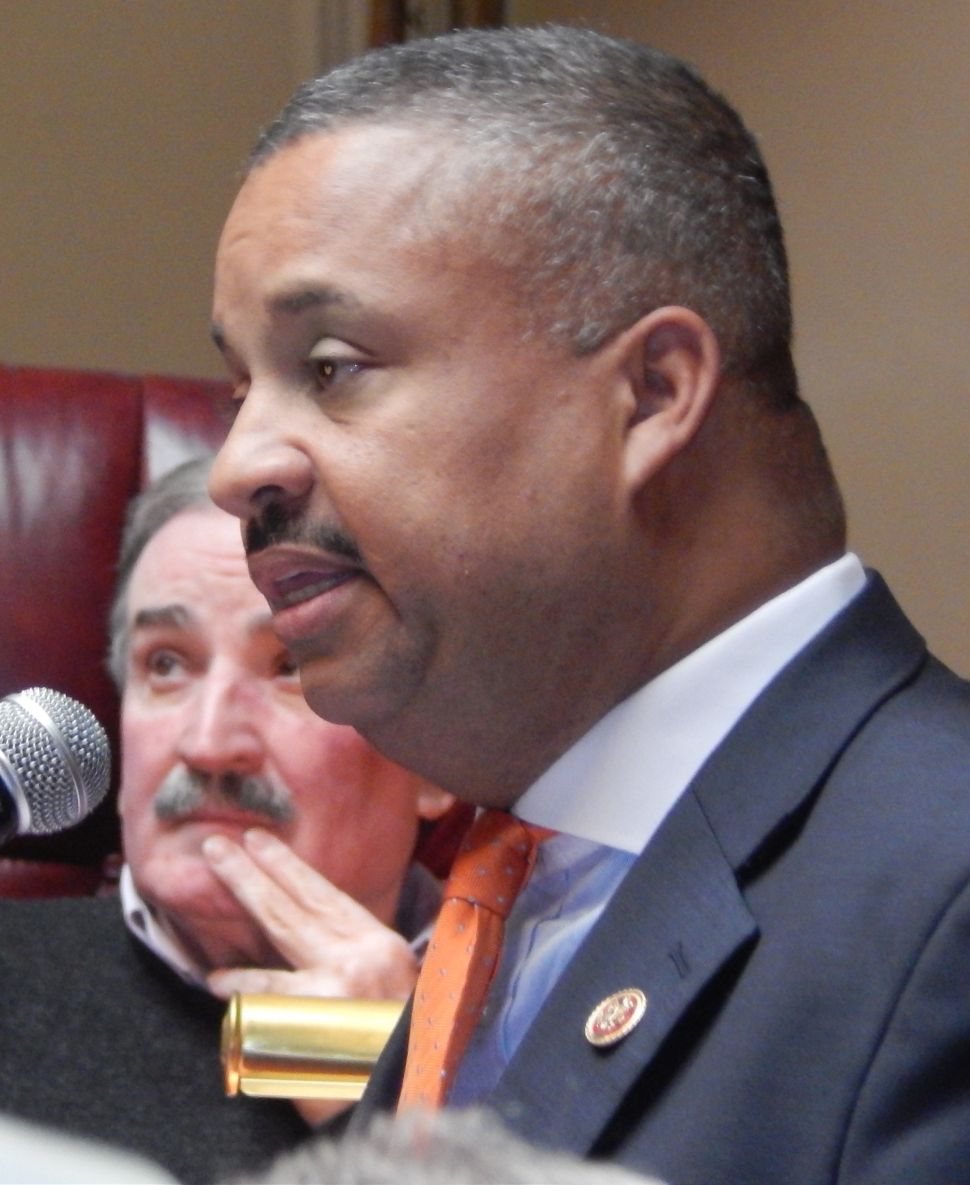