Over a decade ago, when Fox first aired Joe Millionaire, it might have been somewhat controversial to “trick” women into pretending to have women fall in love with you for a reality television show where you pretended to be rich. But a lot has happened since then–most notably, perhaps, contestants on various The Bachelor/The Bachelorette seasons becoming famous in their own right for either being spurned or turning down their TV boyfriends–to the point where we no longer think its unacceptable to just severely mock the individuals who even pretend to go on these programs looking for “real love.” Look no farther than The Joe Schmo Show: Season 2 on Spike, which was a fake reality dating show (perhaps the predecessor to Burning Love) where only one participant thought the events taking place were real, and premiered the same year as Joe Millionaire (in which no participant thought the show was “scripted.”)
Clearly, I Want to Marry Harry, premiering tonight on Fox (where else?) is merely cashing in on an 11-year-old zeitgeist.
Still, we feel pretty bad for the (admittedly dumb) contestants who will be vying for a fake “Prince Harry” on the show, especially since the man in question doesn’t seem like such a great catch. The actor, 23-year-old British Harry look-alike Matt Hicks, told Vulture that the hardest part of staying in character was:

When you date, you automatically panic. Every single time I opened my mouth to speak, I also had to think what I was saying. I had to remember all the history about Harry, his schooling, his military career, his entire background. I put in as much of my own personal history as I could so I wasn’t having to lie all the time, but it was really difficult remembering (a) what I had told each different girl and (b) sticking to the same story. It was just draining.

Draining? Sure, we could see that. You know what was probably more draining though…when these women had to take months off of work and put their lives on hold to participate in their reality TV shaming. Sure, it’s easy to make fun of any chick who falls for the stunt (and which we will probably not be above doing once the show airs tbh), but let’s remember that when producers play a game like this, no one ends up the winner.
Sorry Matt, we’re not really feeling that bad for you having to memorize some facts about Prince Harry…we’re assuming that since you’re British, it wasn’t that big of a stretch, anyway. 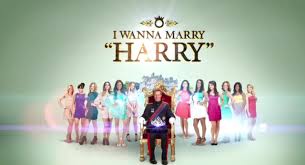