No, it probably doesn’t help the rest of us to have another “General” at the Port Authority of New Jersey and New York (reversed order intended), and Gov. Chris Christie’s nominee for the job already has veteran state Sen. Ray Lesniak (D-20) sizing up a bad choice, in his opinion, but Degnan is a Democrat – imagine that, cross pollination in New Jersey politics – and has the governor’s support.

Okay, he’s 12 points behind favorite Ras Baraka in the Newark Mayor’s race. Eager for news about the race, one Hudson politico threw the polling memo in the trash when he saw it, unconvinced it’s good news for the former state assistant general. But a concussive air war has the Baraka Campaign in fixed bayonet mode as it gears up for the duration. After a campaign that seemed to be either taking or beached for much of the campaign, season Jeffries finally has Baraka’s undivided attention.

Running for mayor of Paterson, the Council President on Monday secured the formal backing of U.S. Rep. Bill Pascrell (D-9). We can already hear Sayegh’s rivals catcalling over the candidate’s appearance on this list following a public protest of Pascrell’s declaration of support. But for weeks those same rivals high-fived one another with the argument that Pascrell was staying out because Sayegh can’t win. Now the veteran congressman and former mayor is in, apparently harboring an informed opinion that Sayegh can win.

Let’s be very clear. He’s going nowhere fast. He has no money possesses no organization lines. But the 12th Congressional District contestant acquitted himself well in two debates this week, providing slightly more clear and detailed answers than all of the Democratic contenders seeking to replace retiring U.S. Rep. Rush Holt (D-12).

The CD12 Republican candidate made an appearance at last night’s Civil Liberties debate in Princeton and like fellow non-politician Zwicker, impressed those in attendance with the thoroughness of her responses.

The Newark mayoral candidate reached into neighboring Hudson County to burnish Latino support, riling North Ward Hispanics in his hometown who say the endorsement of Hudson Freeholder Junior Maldonado simply underscored the lack of depth in Baraka’s Latino outreach citywide. Also, Mayor Luis Quintana, running for re-election for an at-large council seat, revealed that he won’t be supporting a candidate for mayor, a perceived slap at on again off again ally Baraka.

With a week and a half to go in the mayor’s race, the former mayor of Paterson has the challenge of trying to coalesce Latino voters in the face of a highly skilled campaign team in the corner of Council President Sayegh.

A former attendance liaison officer for the Elizabeth Board of Education (EBOE) this week pleaded guilty to an information charging him with embezzling and converting to his own use more than $5,000 of money in the control and custody of the EBOE.

Fitch Ratings announced Thursday it lowered the Garden State’s rating a step down from AA- to A+, the fifth downgrade during the Christie era, which came a few days after the administration announced a projected $807 million budget shortfall and sometime after Standard & Poor issued a similar downgrade last month.

Officials this week confirmed that the city may need more than $93 million dollars in additional revenue and essentially welcomed a state takeover of the beleaguered scene of this year’s most-watched mayoral contest.  It’s so bad, the loser of that race may actually turn out to be the real winner, as he (be it Baraka or Jeffries) can position himself for a rematch by pointing a figure at what may become a completely capsized Newark over the next few years.

The veteran councilwoman from Belleville allegedly went on a racist rant caught on tape that turned all of Essex County on its ear.

Running for re-election in Paterson, the mayor this week lost the public support of his 2010 campaign manager, Assemblywoman Shavonda Sumter (D-35) and the top vote-getter four years ago, Assemblyman Benjie Wimberly (D-35), who both affirmed their support for Jones rival Sayegh.

The former Jersey City Council candidate this week admitted illegally using contributions to her political campaign for her personal use. Webb-Washington pleaded guilty to a superseding information charging her with converting to her own use and the use of another up to $1,000 in money of the United States to which she was not entitled. 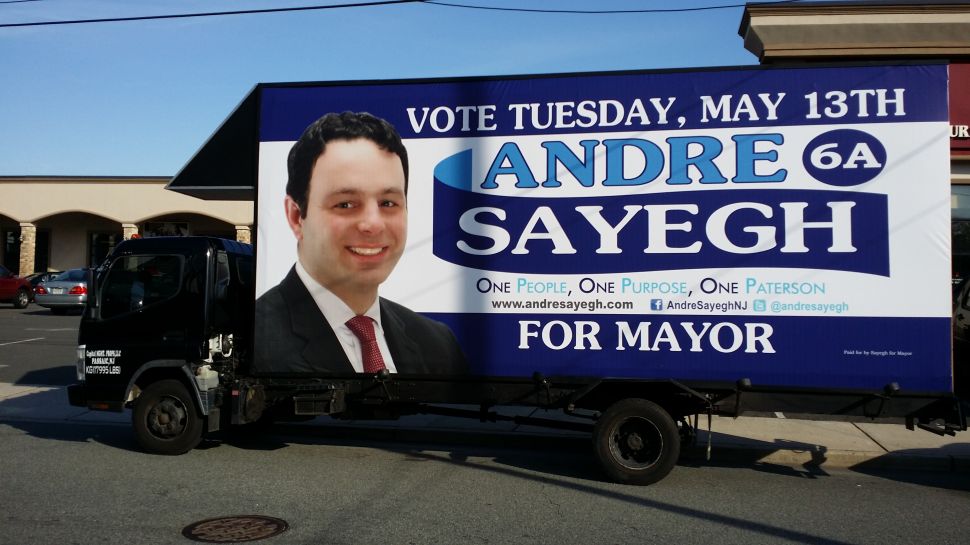