The National Republican Congressional Committee (NRCC) announced the elevation to ‘Contender” status of the CD3 Republican candidate in the NRCC’s ‘Young Guns’ program.

Better to be “insecure, paranoid and erratic” than fingered as the “architect of Bridgegate,” which is what a former Christie Administration colleague said of the ex-deputy chief of staff under questioning this week by a legislative committee looking into Bridgegate.

The Chief of Staff to Assemblyman Patrick Diegnan (D-18) and Senior Research Associate/Policy Operations Manager to the Assembly Majority Office joined in Holy Matrimony in a ceremony last weekend at St. Catharine’s Church in Spring Lake.

The Republican Party in the sprawling North Jersey County looked united for a change, with Gov. Chris Christie joining forces with Bergen County Executive Kathe Donovan and GOP County Chairman Bob Yudin for a cocktail fundraiser in Donovan’s honor as she pursues re-election this year. “It was a very successful event,” said Yudin.

The South Ward Councilman secured the endorsement of former Speaker Sheila Oliver (D-34) and still looks like the grassroots, ground game favorite in next Tuesday’s Newark mayor’s contest. But he faces the prospect of a roused Election Day giant in the North Ward. Sources say the 44-year old Baraka – a school principal on leave – has more built-in loyalty among people who have been with him in one capacity or another since he ran against Mayor Sharpe James in his 20s. But most agree that he has a ceiling of hardcore support that could leave his campaign open to penetration if there’s high voter turnout on Tuesday.

Street sources in all wards say that the former state assistant attorney general isn’t as well known as his counterpart in the Newark mayor’s race; but with an effective Election Day ground game aided by North Ward Democratic Party support he could close the gap with voters who nurse doubts about known quantity Baraka.

Running for mayor of Paterson, the Council President secured the endorsement of the Bergen Record, which correctly identified the winner in the 2010 Paterson mayoral race and in the 2012 Democratic Primary. A GOTV animal, Sayegh must close hard with his allies in the African American community, where incumbent Mayor Jeff Jones will likely not have the strong support he had four years ago. Passaic County Democratic Chairman John Currie, Assemblyman Benjie Wimberly (D-35) and Assemblywoman Shavonda Sumter (D-35) met with Black leaders this week in an attempt to directly make the case for Sayegh. Tuesday will tell.

The former Mayor of Paterson running in Tuesday’s election to get back into City Hall, Torres won the endorsement of Ward 3 Councilman Bill McCoy. But he also got rung hard here and here over his connections to the Ocean County Republican power structure and for absences he has incurred on his business administrator’s job in Jackson as he pursues his run for mayor.

The Monmouth County GOP chairman must fight off a challenge to his throne by Monmouth County Sheriff Shawn Golden, now a declared candidate for the chairmanship. It’s not good news for Bennett, who barely won two years ago.

Lawmakers from both parties slapped the new Department of Education commissioner for failing to be precise under questioning as the Budget Committee sought answers for how an $800 million revenue shortfall will impact the school children of this state.

The President of Rutgers University fumbled the replacement of former Secretary of State Condi Rice at commencement exercises when he supplanted Rice with former Gov. Tom Kean without originally informing former Scarlet Knight defensive tackle Eric LeGrand, who had thought he would be the speaker. Barchi was forced to apologize to LeGrand, and state Sen. Ray Lesniak (D-20) issued a particularly caustic criticism of the Rutgers prez.  “Barchi has been an embarrassment at Rutgers from the start,” Lesniak said. Totally botched the Pernitti firing and stiffs Eric Legrand for political reasons???? What was the political reason? Was that why Condoleezza Rice was chosen? This is not MY Rutgers [class 71]. The Rutgers that was the first University to protest the Vietnam War. The Rutgers that stood up for academic freedom and would not sell out to political pressure when one of its professors challenged our involvement in Vietnam. Barchi is not up to the job. Not at Rutgers.”

More state debt downgrade blues for the embattled governor, as he absorbed a residual week of bad press in the aftermath of the original news report, including this brutal piece. 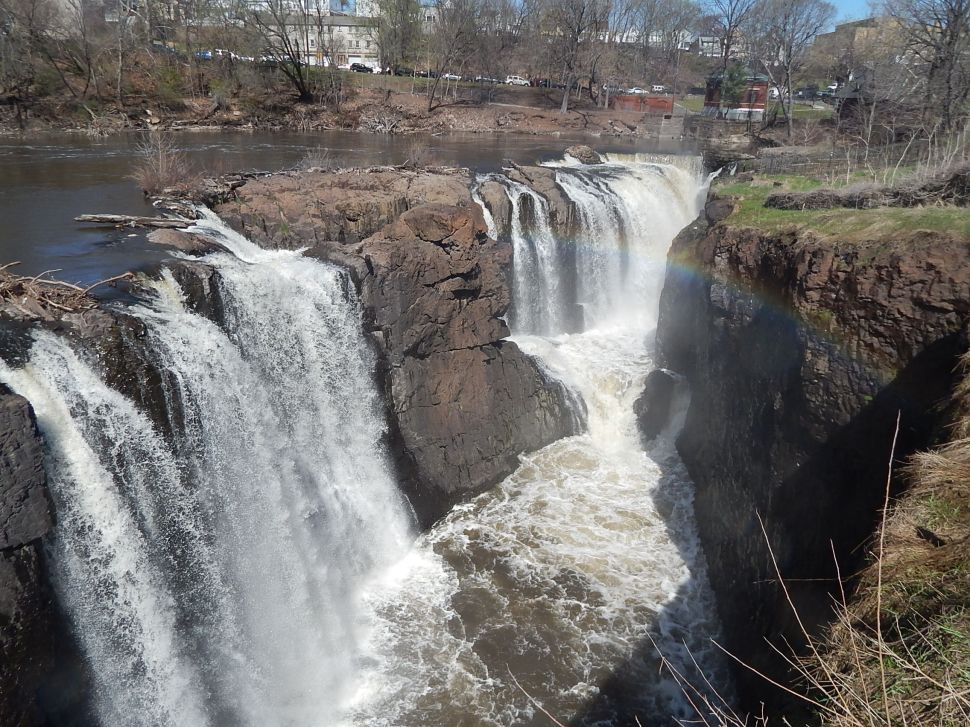