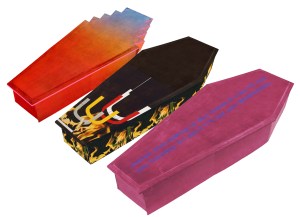 The current resale market for contemporary art has the attention span of a teenager. To switch metaphors, it’s a nuclear hot potato. How many of today’s 25 hottest will be tomorrow’s stone coldest? It’s always in the back of my mind that the pretty young painting things of today can suddenly become progeroid, stricken by a premature aging ailment in their early market lifespans.

Which brings us to “If I Live I’ll See You Tuesday.”

A year ago, the Leonardo DiCaprio Foundation raised $38.8 million for wildlife and the environment in a blockbuster auction called “The 11th Hour.” Christie’s  billed the sale as “the most important wildlife charity auction ever staged.” Organized by the actor and up-and-coming contemporary art specialist Loic Gouzer, “The 11th Hour” notched 13 world auction records for recently made art.

As we all by now know, on the heels of that breakout event, Christie’s gave the 33 year-old Mr. Gouzer (credit) carte blanche to assemble another contemporary evening sale, “If I Live I’ll See You Tuesday…” to take place next Monday. It’s not for charity. Its title riffs on a line in a 1990 Richard Prince painting.  The sale was designed to convey angst and employs a promotional video with a skateboarder racing through Christie’s storage, but its effect has instead so far been farcical and slapstick—downright preposterous.

As we also know, Christie’s, in an act of market machismo, scheduled “If I Live” for the very evening on which the Phillips auction house had scheduled its one contemporary art evening sale of the week. Phillips, seeming strong-armed, has since rescheduled. Roll up your sleeves—welcome to the age of auction-house cage fighting.

More to the point of today’s art market, over 40 percent of the 36 lots in Mr. Gouzer’s sale carry guarantees, meaning that the auction house has assured a consignor—or has itself been assured by a third party—a sale at a predetermined price. (Guarantees are so rampant these days that auctions are beginning to resemble dog and pony shows where the juiciest lots are presold and paraded around the world as no more than a masquerade for propping up prices, headline filler and showbiz.) Three of those guarantees are in-house and 11 come from third parties. Given all of this, it’s tough to predict that “If I Live” will be a multi-car smashup.

Still, just as a thought exercise, let’s do a play-by-play of the evening as a hands-down disaster.

It’s near fisticuffs in the presale hustle for seats (for the hoi polloi, anyway) as Geneva-born Loic Gouzer, handsome as a movie villain, glad-hands the rich and famous, as well as the merely rich, as they file into the salesroom. The name-branders are out in force: Leo, Toby, Jay-Z, Kanye, Katy Perry (who recently declared her intent to collect) and Harry Styles (who hopes the art market will travel in one direction). As soon as the swells settle down, the roulette wheel is spun, the cards are dealt and the dice rolled: they come up snake eyes.

The room is as silent as John Cage’s 4’33”, the mood as sullen as a grey Richter monochrome. Would-be bidders squirm in their seats. Larry and Pharrell sit motionless on their paddles; from Leo, there is not a tiger’s whisker of movement. The only sound is of manicured nails tapping iPhones, relaying the shock and horror.

Sure, the guaranteed lots are being hammered down, but other than the chandelier phone bids hitting the prearranged targets, the air remains undisturbed. Up and down the aisles roll the tumbleweeds of fleeing audience members.

The display system next to the rostrum swivels, and here comes Christopher Wool’s 1990 32-inch ink-on-paper, CATS IN BAG BAGS IN RIVER, carrying an estimate of $1 million–$1.5 million. And there it goes, sinking in deathly silence, eliciting not a single bid. Amazing to think that Christie’s auctioned Mr. Wool’s 1988 painting Apocalypse Now for a record $26.5 million only a fortnight ago. And what’s to become of If You (Can’t Take a Joke), estimated to sell for $20 million–$30 million at Christie’s second evening sale in a few days? (It seems I wasn’t wrong, after all, when I wrote in 2006 that Mr. Wool’s market was pulling the wool over our eyes!)

Now Joe Bradley’s Blonde is up. Made just three years ago, it sports the hefty estimate of $500,000–$700,000—after all, his aptly titled painting Muggles made a record $682,500 at that Leo DiCaprio charity fest. Both works resemble a pigsty of a preschool romp or the remnants of a teenagers’ all-nighter. Blondes are supposed to have more fun, but not this one—she ends up in the gutter, unsold.

Next on the block is an ethereally painted, vivid crimson sky painting by Alex Israel, the artist’s first work to appear at auction. Like the C-list celebrities forced to suffer the unremitting dry wit of As It LAys, Mr. Israel’s public access-like cable TV show, we are all turned into victims, watching the slow death of this painting. It seems the sunglass company-owning artist entrepreneur who wangled his way into a Warner Brothers Studio studio can’t act or finance his way out of this cliffhanger. Down it goes.

At last, we come to If I Die, the guaranteed painting by Richard Prince. It caused me a lot of soul searching, not so much as to why someone would pre-pledge 3.5 million hard-earned dollars to own such a thing, but figuring out its borscht belt humor; I’m no fan of canned jokes. I posted a query on Facebook to determine definitively the import of the painting’s content—“Jewish man talking to his friend: If I live I’ll see you Tuesday. If I don’t I’ll see you Wednesday.”—but the search proved inconclusive. I will take it to mean, if he died, like this sale and his friend are about to, they’d reunite on the other side, be it in heaven or hell. In this “hot” art market’s case, we all know which direction (down) that would be—If I Die promptly dies.

Next up is a Dan Colen. Dan Colen makes bubblegum paintings with bubblegum significance where the gum is known to slough off the canvas faster then the flavor dissolves in your mouth. Pressed flower petals, also on canvas, gracefully fade from vivid reds and pinks to invisible—try explaining that one when you bequeath it to the next generation. Here is a $2 million guaranteed lot that entails an (albeit) skillful reworking in paint on canvas of a Disney film cell of a candle with the smoke coalescing into the words “Boo Fuck’n Hoo” above. Will it seem so clever 10 years down the road or more like a tattoo on a wrinkly bicep? Pass!

Unlike “Aqualung” the Jethro Tull song, Aqualung the Jeff Koons artwork, guaranteed at $9 million, is neither shabby, nor greasy, nor on its last rattling breath. But with at least four Koons Aqualung pieces extant, including the artist’s proof presold at Christie’s, Mr. Koons’ life vest, filled with bronze rather than breath, proves no saving grace to the guarantor. The high-priced bauble turns out to be nothing more than a luxe limited edition for the limited in foresight.

The Wade Guyton looms into sight. In the image the letter U is repeated, alongside some flames. Flaming U, flaming me, whatever could the meaning be? The answer to that would now appear to be a resounding “not much.” Of wonder boy Guyton some would say he is the savior of painting, an innovator who has invented a new means of mechanical reproduction in art. Others would suggest his paintings are the result of no more than a spate of glorified printer jams and computer glitches. I would beseech the punter of the work, said to be guaranteed at the high end of the $2.5 million–$3.5 million estimate, have you bothered to look into the archival nature of Epson printer ink lately? And there it goes, down the tubes.

Damien Hirst’s Fear (2002), a massive clump of millions of dead flies, brings to mind not so much the dreadful fate of the insects but that of the poor sod who has to live with such a traumatizing monstrosity in the name of schlock and awe. With a fully functioning abattoir, factoring in all the butterflies, cows, sheep and fish sacrificed in the name of his production machine, he’s a veritable serial killer. No surprise that the piece, with its estimate of $450,000 to $650,000, sinks like a stone.

Here comes the Cindy Sherman self-portrait. The image of Ms. Sherman is especially menacing given its estimate of $600,000 to $800,000; it proves too disturbing for a jaded audience inured to the shoot ‘em up, going-postal mindset of a society on the verge of a nervous breakdown. Another failure.

Wait! It’s all a dream! That’s not Helly Nahmad in the front row—it’s James Franco playing him.

Want a prediction of what’s really going to happen at the “If I Live” sale? The Wool will scratch its way to $3 million; Wade Guyton’s flaming U will ignite at nearly $5 million; Joe Bradley’s mess (I proudly and fondly exhibited it in 2002 when they were a piddling $250) will clean up at a cool $1.25 million; Jeff Koons’ inflatable vest will puff up to over $11 million; Alex Israel’s sky will soar to $1 million (I bought my own Israel from a Saudi, with the bonus of potentially contributing to lessening tensions in the Middle East); Dan Colen’s Boo Fuck’n Hoo will make five fuck’n million; Cindy Sherman’s psychopathic self-portrait will scare up $2 million; and, no joke, that Richard Prince will break $10 million. Ok, maybe not everything will fly off the walls: Damien Hirst’s housefly holocaust will find no takers, and that won’t come as much of a surprise, even in this scorching environment.

In the catalogue notes for If I Die, it says that Richard Prince “seems to ask: Can a joke really be a painting? Can painting ever be a joke?” If things do go according to my daydream, the real joke is on me: I own work by all of these artists.