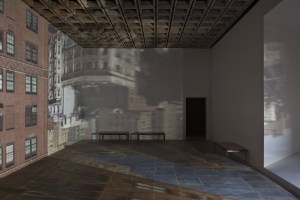 The Whitney announced this afternoon that Zoe Leonard has won the Bucksbaum Award, which is given to an artist in the museum’s Biennial “whose work demonstrates a singular combination of talent and imagination.” The award includes a $100,000 grant and the promise of an exhibition “sometime within the succeeding two years.”

Ms. Leonard’s contribution to the biennial, called 945 Madison Avenue, transformed a fourth-floor gallery into a giant camera obscura. She will be presented with the award at a ceremony next week.