New York City is turning into a bona fide zoo. Tanning poolside, a three-foot-long alligator was carted out of a Brooklyn backyard after neighbors complained to police.

Investigators found the illegal wild animal in his tank in the basement of owner Victor Alexandria, the New York Post reports.

“What’s the big deal about a gator?” Alexandria asked the Post. “It’s a reptile, and it doesn’t do any bodily harm to anybody as long as you treat it the right way. I give it goldfish about twice a week. The alligator has never bitten me.”

Dino, a 3-year-old alligator, has been relocated to a local animal shelter. His owner was cuffed after officers found out Mr. Alexandria had a warrant out for his arrest, for failing to appear for a ticket for riding his bike on the sidewalk.

With 17 prior arrests, many related to exotic animals, Mr. Alexandria has a long fight ahead to get his precious pet back.

At least we know the gators aren’t in the sewers. They’re by the pool. As if that thought were any more comforting. 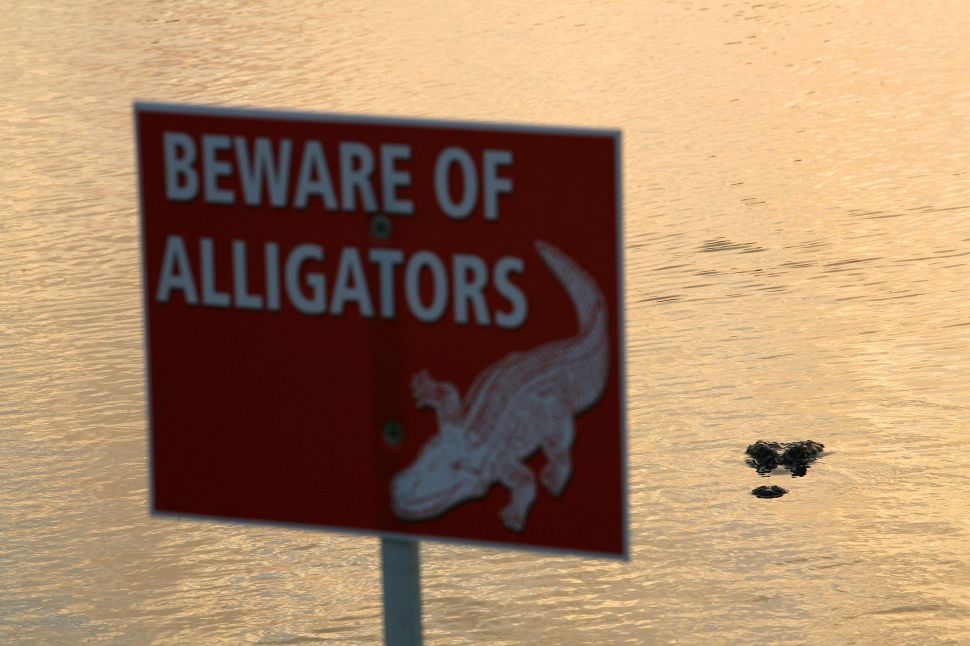