Many entrepreneurs can’t even remember to feed themselves. How can they take care of a baby?

I remember a time in 2011 when I was watching Paul Graham, the leader of a seed investment group called Y Combinator (YC), standing at a whiteboard with his toddler son teaching him about airplanes.

I’ve been married for 12 years. I’ve thought about having kids. But life and work, they’re just too hard. The only reason I was even watching Paul do this, was because I was about to have a meeting with him—2000 miles away from my wife.

I had temporarily moved from Chicago to spend three months in Silicon Valley to participate in YC. I left my wife back at home (I did this with her blessing. It was actually her idea. But I missed her like crazy). And, this wasn’t the first time I had to leave my wife for YC. I did it the first time in 2006.

But this is the deal we make—YC invests a little to help get a new company off the ground, and we commit to a three month program of living in Silicon Valley and spending a lot of time with YC.

Given that I’ve known Paul now for over nine years and been through YC twice, there’s a lot I’ve learned from the guy. Here are just a few of them.

Almost 10 years ago, a friend of mine told me about something called Y Combinator. It sounded like an interesting way to get a business off the ground. They had just announced they were looking for their second batch of startups to fund.

But who the hell was Paul Graham?

Today, if you’re reading this article, you probably have some idea who Paul Graham is (Or PG as most people call him). But in 2005, I had never heard of the guy.

I didn’t know anything about Yahoo acquiring his business Viaweb, or his involvement in the Lisp programming community, or about email spam filters (he created one of the first Bayesian spam filters that still inspires what’s used today).

But he had all these essays and a book, Hackers and Painters, that immediately grabbed me.

His writing convinced me to quit my job, travel across the country to live with two other guys I barely knew, leave my wife for three months, take a massive pay cut, all to start this company.

It took awhile for me to get my own confidence and discipline with the craft, but writing is now the most valuable tool I have. It’s what helps me launch new products, market what I do through teaching, and propels my livelihood. If it weren’t for my own commitment to becoming a better writer, and what I do on my blog, Ninjas and Robots, I’d be an unknown software engineer struggling to get users.

Before my first stint in Y Combinator in 2005, I had tried to start other businesses. I had an idea for database administration software for mobile devices that was novel at the time. And even though I spent hundreds and hundreds of hours working on it, I never launched anything. It remained a folder on my computer that no one else ever got to see.

As soon as we got to Y Combinator with Inkling, PG asked every single time we saw him, “Have you launched?” To get him to stop asking, we launched a ridiculously terrible first version of our product a few weeks after we started YC. It was painfully slow and broken. I had to restart our servers at least once a day to keep it running.

But it was out.

And that meant it wasn’t going to end up a forgotten folder on my computer.

It also meant, we had something concrete to start showing people. I remember sitting in a cafe with a guy named Marc Hedlund demo-ing Inkling. He complained about its speed. I was actively restarting our servers as we began our demo. But that demo still showed Marc something that no one else could do. Marc was the Entrepreneur in Residence at the time for O’Reilly Media.

Most people talk about launching early and lean development. But they’re still screwing around, adding features, and deciding how to align the text on their homepage.

Give yourself 24 hours or one week. Cut every single thing that isn’t ready. Launch already.

There are endless distractions after you start a business. People want meetings, other startup founders want to get coffee, investors want to “touch base”.

But over the years, I’ve been vigilant about following this advice from Paul: “A startup founder should be writing code and talking to users. That’s it.”

Whenever I get an invite to do something, I remember how easy it is to lose momentum by doing things that don’t matter.

Just one caveat—take care of yourself. One group early in YC’s history got scurvy from the lack of care they took of themselves. Make stuff. Talk to users. But above all: eat well, sleep, and exercise.

4) Deals are meant to fall through.

Once as we were building Inkling we had a pilot deal running for one of the biggest software companies in the world—a household name. But, in order to upgrade the deal with them to a more significant commitment, we had to go through an intense process.

We easily passed their needs for single sign on. We got through one rigorous security audit after the next. The company’s employees were actively using our product, and there wasn’t a competitor in consideration.

I wish more of our deals moved along this well.

Just like that. Company changed focus. Budget got shrunk. So many hours of our time and theirs vanished.

But it didn’t hurt us. We never depended on a single deal.

PG always reminded us of deals with clients and investors, “Deals are meant to fall through.”

Until that contract is signed, don’t anticipate the deal to close—it likely won’t.

Cockroaches are going to be the only thing on this planet that survives a worldwide disaster, thriving on garbage, in conditions no one else wants to be in.

PG has found his successful businesses aren’t successful because the founders are geniuses compared to other founders. The successful founders are the groups that don’t die. They keep getting another deal. They get the next user. They release another feature. They’re cockroaches.

I’m waxing poetic about PG, but the truth is, you don’t need PG.

A lot of people are surprised to find that he doesn’t spend a ton of time on my business. But how could he? YC funds 60+ startups twice a year.

Paul is looking for people who will succeed whether or not he’s given them the time of day. He can help accelerate your growth, and has helpful answers to all sorts of questions you have about running a business. But if you think you can’t start a business unless you get into some kind of startup accelerator like YC and get PG’s help, you aren’t going to get into YC and get PG’s help. It’s the Zen of starting a business with YC.

Everyone loves launching a new product. When we launched Inkling it was exciting. When I launched my most recent product, Draft, thousands and thousands of people showed up. And then reality sinks in. It’s temporary. Where did all the people go? How am I going to make money? How can I get some momentum going again? That’s a curve PG draws. The launch of excitement and users, and then there’s that damn “trough of sorrow”.

Creating a business is full of rejection until you find the right thing. When running Inkling, I emailed a famous billionaire entrepreneur and investor. We had a bit of a back and forth over email. His last email back to me was deflating, “I don’t see a business here.”

But Inkling has been in business now since the end of 2005. It’s still running today. It’s had it’s ups and downs, ups and downs. But it’s paid for more than just a few people’s livelihoods over the years. And that was only accomplished because we got through that trough of sorrow.

But not all of us made it through the trough. When we started Inkling, it was three of us. By the end of three months, only two remained. One of us couldn’t adjust his expectations of what startup life would be like to the reality of how hard it was.

I won’t go into the details of how much it sucks to lose a co-founder, especially one you consider a friend. But let’s just say, after us losing a co-founder, YC now makes it a policy that EVERYONE signs a vesting agreement.

If you are starting with partners, immediately stop what you are doing, and formally agree on what happens if one of you leaves.

The company we started didn’t gel into something we could get repeat customers with. We made some deals, people seemed interested, but it just remained one of those things people treated as an experimental pilot project and then didn’t push very far. I took a six month break from entrepreneurship to work on the tech team for Obama’s 2012 re-election campaign and was back at it again six months later.

This time I started fooling with writing software.

Many people thought, or flat-out told me, “Writing software? How could you possibly create a business with writing software? There’s oodles of competitors. Not to mention Microsoft Word and Google Docs has the market locked up.”

But in one of PG’s early essays he reminds everyone, “There is always room. In a hundred years the only social networking sites will be the Facebook, MySpace, Flickr, and Del.icio.us? Not likely.”

And sure enough, MySpace and Delicious barely exist now. Flickr is a shadow of what it was. He’s right, there’s always room.

So I created Draft, online writing software hoping to help people write better. And it’s a project that’s been growing in revenue 10% every month for a year.

My father is awesome. He’s often the subject of my writing because he’s given me so many important lessons. But there are other great fathers I’ve gotten to observe. I can’t get over that image of PG already teaching his young son something as complex as airplanes, and both of them thoroughly enjoying the conversation.

It’s images like these that I wanted to have myself. I couldn’t keep putting the complexity of startups, work, life, etc. above trying. I can’t wait to teach her. Shockingly, the experience is actually a little easier than I anticipated. Though she probably just has me hypnotized by those eyes. Yeah, I think it’s the eyes.

Nate Kontny is the creator of Draft, a collaborative platform to help you write better. He’d love to meet you on Twitter. 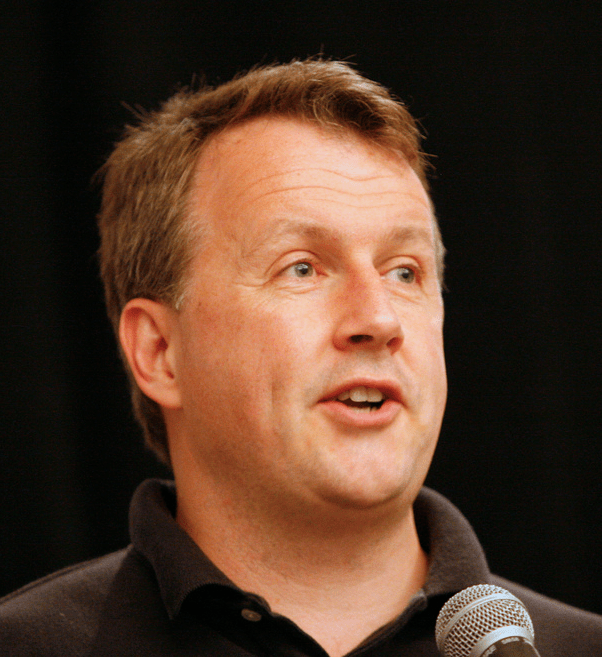