1. Hey, so uh, how does Jack know all these inside details about the terrorist attack, anyway?

This question has been nagging since the season began, but up until now, we’ve been left to chalk it up to a general case of Jack-Bauer-just-kind-of-knows-everything syndrome. This is the episode where things finally start to take some unexpected turns, though, starting with the reveal that Jack knows exactly what the bad guys are up to because he has recently been a bad guy himself. Specifically, Jack’s been working for a big, terrible arms dealer with connections to our lead white lady terrorist, Margot Al-Harazi — which is kind of shocking because, you guys, Jack Bauer can’t do evil stuff! He simply isn’t capable!

I’m going to pretend Jack’s actions were all a preemptive long con, a contingency plan just in case this one specific arms dealer should ever supply weapons to an English terrorist with designs on blowing up the American president. Good looking out, JB!

2. How cool is Agent Morgan, exactly?

Like, really super cool. Not only does she consent to Jack’s plan to shoot her full of Propofol, then hand her over to some guys who want to kill her, she picks up the damn needle and administers the shot herself. Then, when things inevitably go awry because things always go awry when it comes to wacky infiltrate a mega-powerful arms dealer’s operation and save the world schemes, she handles herself like a total pro. She takes a beating, a slashing, and a hanging-by-her-arms-from-a-chain, and even tolerates sexist comments from a European brut. And then, even after an insulting sex thing has being implied, Morgan manages to swing herself around on her torture chain, wrap her knees around European Brut’s neck, conjure a knife, and use it to slit the man’s neck. After that? Cue badass shootout.

President Heller has become forgetful once again. (I mean, the guy has been walking around with the top button of his cardigan undone like some kind of savage, for chrissakes.) He repeats things during conversations and generally appears rather bumbling. So yes, it looks like the Alzheimer’s has returned from its two-episode hiatus.

In fact, it looks like the rest of the world is starting to catch on as well. The Prime Minister’s aide comes to him with rumors that the Prez is sick, and a creepy Russian guy with what appears to be a chinchilla stuck to his mouth (in an age where nothing can surprise us in terms of creative facial hair, this guy really pulls off a miracle) insinuates that he’s aware something might be up with Heller.

4. Speaking of, could there possibly be a cuter way to describe Alzheimer’s than the way Stephen Fry’s Prime Minister character does it?

Doubtful, seeing as Prime Minister Davies suspects that Heller is ill in such a manner that he “hasn’t got his wits about him.”

Diagnosis: A clinical lack of wits about you, sir! Please take one biscuit at teatime and get plenty of sleep while wearing your pyjamas.

Indeed, indeed. The English have really done it this time, totally bungling Jack’s so-crazy-it-just-might-work plan to infiltrate the lair of Mr. Arms Dealer. The Brits secretly track Bauer, then shoot their way into the joint just as Mr. Dealer’s finger hovers over the very button he needs to press to get the CIA the info it needs. (Never do buttons get so much time in the spotlight as in network thrillers.) And then those goofy lads manage to lose control of Sir Dealer, thus immediately getting themselves blown up by a grenade. Whoops! Toodles, the British government.

1. Um, why, exactly was Computer Guy Jordan doing a “routine maintenance sweep” on the day the CIA found out about an imminent terrorist attack?

Maybe he has OCD? Or some version of that thing where you go crazy if you see any red “unseen” flags on the home screen of your iPhone? Certainly there must be a reason outside of the fact that it leads to exposition about how Kate’s husband might be innocent of treason, after all. 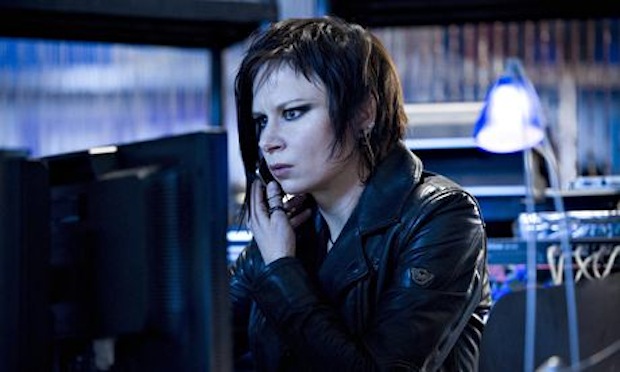