Most people deal with eyesores like garden gnomes and yellow grass on their neighbors’ front lawns.

But in tony Old Westbury, Long Island, “eyesore” might be an understatement. Residents will soon be faced with a 33-foot tall, bronze statue of a nude pregnant woman−exposed fetus and everything.

The New York Times reported that art aficionado and real estate mogul Aby Rosen plunked Damien Hirst’s colossus of a sculpture on his lawn in May, and his neighbors have been quick to protest.

Even Old Westbury Mayor Fred Carillo thinks the bronze behemoth would be better received at an ob-gyn facility, calling it “out of character with the neighborhood” in Newsday.

But don’t expect angry mobs to wreak havoc and topple the statue. Mayor Carillo reported that residents have been cordial, opting to write letters to Mr. Rosen, who has so far been receptive to the critics.

Perhaps that is because it can only be seen from a private road that leads to Mr. Rosen’s and two others’ houses, according to Mr. Rosen’s lawyer, Peter MacKinnon. However, because a schoolbus travels down that road, residents and village officials were stirred to propose a law that would limit the statue’s height to 25 feet.

Mr. Rosen has charitably offered to turn Hirst’s nude masterpiece away from the road and put up 30-foot-tall hedges (guess it’s cool if the head is visible) to block the statue from uncomfortable eyes. 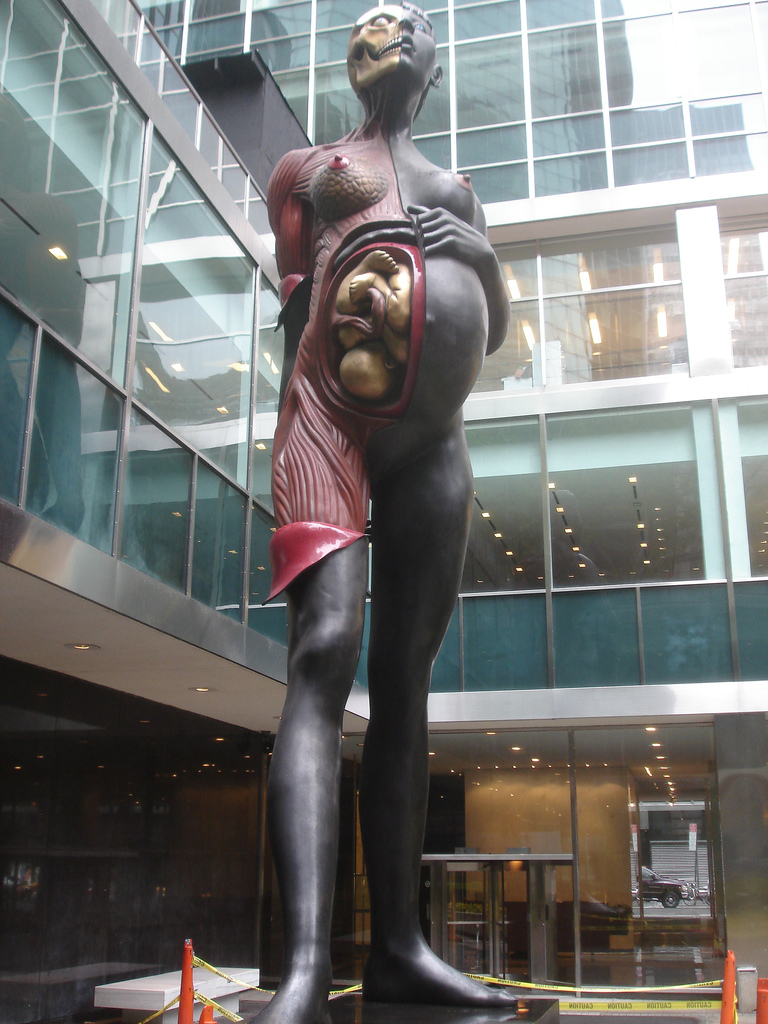