1. Exactly how much respect does 24 have for us, its loyal and devoted audience?

2. I mean, does this show think we’re just a bunch of fools?

3. Does it have any problem, at all and whatsoever, straight-up toying with us like we’re collectively a simple-minded minion to its cackling supervillian?

NOPE, NEGATIVE, AND NOSIREEBOB. We were tricked. You know that incredibly dramatic moment at the end of last week’s episode where we saw President Heller’s body explode into a million little pieces (clever literary reference) at the hand of the terrorist Margot Al-Harazi? That bold and quite interesting turn of events? That moment that changed the very nature of the show? It was completely fake.

Because Jack and Chloe figured out a way to hack into Al-Harazi’s feed and make it simply appear that Heller was standing in the line of fire. (Witchcraft!) In reality, dude is totally fine. He’s alive and well, except with that pesky Alzheimer’s that, conveniently enough, seemed to be in remission for this particular episode.

4. Hold on. Is this faked death really such a betrayal?

YES IT IS, DAMMIT. The deceit wasn’t just that we saw the missiles hit the field and kill Heller with our very eyes, it also came in the form of a promo teasing the rest of the season—a promo that referred to the “darkest day in American history” and mumbled on about Jack’s need to avenge the President’s death.

That isn’t simply a trick, it’s a LIE, and plus, how much more exciting does 24 become if it has to contend with a world where the American President has sacrificed himself to a terrorist for the greater good?

5. Wasn’t that last thing a question?

So much more exciting.

6. So, did anything else happen this episode?

Let’s see … Margot pulls a gun on her son and he seems oddly fine with it, then they kiss in a manner that is definitely not appropriate for prime time television. Some stuff blows up. Some shots are fired. Jack lands a helicopter on the roof of a building, climbs down on a rope, and throws Ian Al-Harazi (bonus question: is this character the only Muslim terrorist in history to be named Ian? Yes.) through a window. Moments after that, Jack shoots Margot, manages to commandeer her equipment and divert the last drone toward a body of right before it kills half of London. Immediately after that, he throws Margot out the window so she can join her son in an incestuous threesome with the pavement.

Basically, Jack kills all the major bad guys this episode.

Nope, we still have three episodes to go and that pesky plotline about Agent Navarro’s treason to sort out. Having ordered Jordan’s murder and worried it will catch up to him, Navarro aims to flee the country. Also, it looks like Adrian Cross will be getting up to no good. And the world may still be in danger of attack, but who even cares, you guys, because it’s a world where television lies to its audience with so much callousness and flippant disregard, so eff that shit forever, goddammit, I’m rewatching Game of Thrones until my eyes explode.

Me? Definitely not. Bauer has fooled me for the very last time. But you, my friend? You may be made of more resilient stuff. 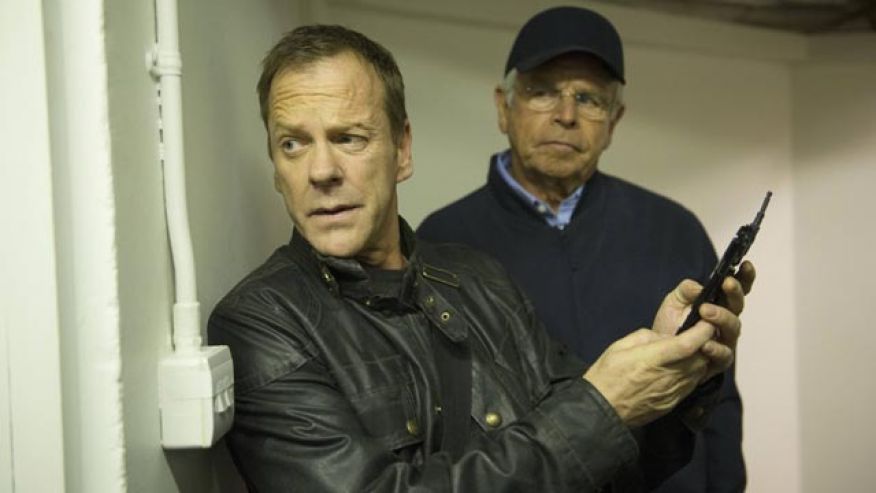