Fear, Uncertainty and Doubt or FUD is a term used to describe an act of competitive aggression between two parties. The tactic, and the title for Halt and Catch Fire’s second episode displays the reach and ruthlessness used by IBM in their plan to crush Cardiff Electric. Following interrogations by IBM’s legal death star, Macmillan, Howe and Clarke begin working on their ambitious project while certain annihilation is looming over the rest of the company. Borrowing a device previously used in Mad Men, we witness an unbearably awkward encounter between Cardiff boss John Bosworth and a current client. The scene foreshadows a crisis for Bosworth’s company as he is brushed off and given the cold shoulder by a man who is not only a customer but also a friend.  What we see unfolding is true to the history of the era and highlights a shady business practice used by IBM to hold control over the market. In 1975 a computer architect named Gene Amdahl who left IBM to start his own company said, “FUD is the fear, uncertainty, and doubt that IBM sales people instill in the minds of potential customers who might be considering Amdahl products.” In the case of Cardiff Electric, they are “raided” by the behemoth corporation by having their prices drastically undercut. When the smoke clears the company is light 15 clients and more than 68 percent of their revenue. In two months Cardiff Electric will be underwater.

The cause for all this chaos is of course Macmillan’s idea of building a PC that will compete commercially with IBM’s machines. His plan is simple enough: “To build a computer that is twice as fast and half as cheap.” When this proposal is revealed to his team the reactions clearly display their personal limitations, as well as where they stand on the spectrum of Macmillan’s initial vision. Howe scoffs at the idea..“Is this all we are building?” Calling the idea boring and obsolete, we see that her own personal vision is years of ahead of Macmillan’s, but unrealistic for the time they are in. We see Cameron Howe struggle with the current progress of the Industry in her initial development of the BIOS code. The BIOS, which originates from the Basic Input/Output System, is the initial program needed to boot your PC. Its purpose is to initialize the hardware components as well as running the computer’s operating system. Howe’s determination not to use the code ‘stolen’ by Macmillan and Clarke leads her to outwardly rebel against the rest of team, especially as the pressure to produce builds throughout the episode. Howe escapes her ‘clean room’ – a special ‘legal’ area that is designed for her to work in private without risking contact with Clarke, who would compromise the legal integrity of the project. Setting up in the storage unit downstairs, Howe doesn’t code but seems to begin building a structure and fleshing out her vision. Howe’s development in the second episode builds on the rebellious visionary she established herself as in the Pilot. While her ideas sometimes throw me out of the setting, I think it’s important that the writers regularly connect the show with today’s tech savvy viewer. Ideas like photo-realistic monitors and machines that can beat humans at Chess represent technology that people will find relatable.

On the other end of the spectrum we have Clarke, whose ideas initially seem stifled by his past failures. The idea of building a mythical machine that operates twice as fast and cost half the price seem impossible to him. His character’s progress takes a jump when he is given a new large office and is asked to immediately start working on the new PC project. His attempt to please his wife and instill confidence in her immediately hits a wall as Cardiff Electric’s downfall begins to unfold around him. Clarke desperately tries to keep a tab on Howe’s development of the BIOS code and determines that she wasn’t right for the job. At his breaking point, Clarke attempts to confront Howe, believing that she may end up using IBM’s code regardless of the high risk. What him and Macmillan finds seem to calm Clarke at least for the moment. Howe has written a complex and “brilliant” structure for the BIOS code and faith seems to be re-established in Howe’s work.

Macmillan will always be the man holding the smoking gun. His character development in this episode was jarring and unexpected. While his charisma in the pilot made him a daring anti-hero, his confusion and inability to contain the looming disaster in this episode paints him as the weakest link. Is he just a salesman? Is he the Anti-hero? Why are we seeing the main character at what seems to be an extremely low point so early in the series? We learn a few things about Macmillan’s past during his tumble in this episode. Before disappearing from IBM without explanation 18 months before, he destroyed a 2 million dollar data center. Despite this, IBM still gave him his back pay and attempted to bring him back to the company. Macmillan’s ties to IBM seem to be deeper with the revelation that his father works there and was probably his boss. Joe Macmillan is starting to come into focus. Is he the spoiled son of an IBM executive with nothing to lose? His erratic and high-risk behavior would point in that direction. In his desperation he seeks answer from a stereo business that is about to close its shudders for good. He demands to know where they went wrong but ends up attacking the store clerk when not given answers. Is Macmillan a tortured artist at heart? Is he a narcissistic salesman? Or is Sales his art form? Despite his many flaws the show’s lead character stands in the middle of both the destruction and creation portrayed in the show. Macmillan must help Cardiff Electric from going out of business as well as oversee the creation of this new machine. Combined with the mystery of his past his character is becoming the most intriguing thing about the show. I would say “FUD” was an improvement on the pilot. The stage was perfectly set to establish two parallel storylines and explore the strengths and faults of each character. The progress of the PC matters very little in the drama of the show. This sub-genre is not about the product and it’s success it’s about the personal costs of the pioneers and their struggles.

Robin Seemangal is a cyber security consultant living in Brooklyn. He is obsessed with film, television and Jennifer Lawrence. 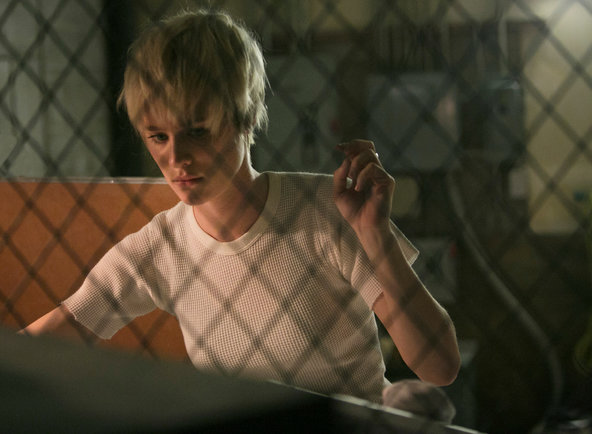