A chance to represent upper Manhattan and the Bronx in Congress wasn’t the only thing Adriano Espaillat missed this year.

The Democratic state senator, who failed once again to unseat Congressman Charlie Rangel on Tuesday, missed 891 votes in this state legislative session, leading every single other lawmaker in the upper chamber. He even missed 83 more votes than State Senator Malcolm Smith, who was indicted on corruption charges and faced a trial this month.

The 60 percent of votes missed was revealed when the New York Public Interest Research Group, a good government organization, put together their annual analysis of the legislative session. The session ended this month.

“The retention of a duplicate primary means that most members running for federal office will need to be absent during the busiest weeks of session,” said Bill Mahoney, a researcher for NYPIRG.

When Mr. Espaillat ran for Congress against Mr. Rangel in 2012, he was also among the leaders in missed votes, but the total was much lower. Mr. Espaillat missed 656 votes that year, trailing several other state lawmakers, according to NYPIRG. (Councilman Rory Lancman, then an assemblyman running for Congress, led all of Albany with 844 missed votes).

Mr. Espaillat’s 2014 total was significantly higher than the vast majority of state senators. After Mr. Smith and State Senator Ruth Hassell-Thompson, who wasn’t present for 766 votes, State Senator Marty Golden came in at a distant fourth with 354 missed votes.

Before 2012, federal primaries were held in September, allowing ambitious Albany lawmakers to campaign for higher office after the end of the session. The date, however, was moved to June while state primaries remain in September. Mr. Espaillat announced yesterday he will seek re-election.

Mr. Espaillat did not immediately return a request for comment. 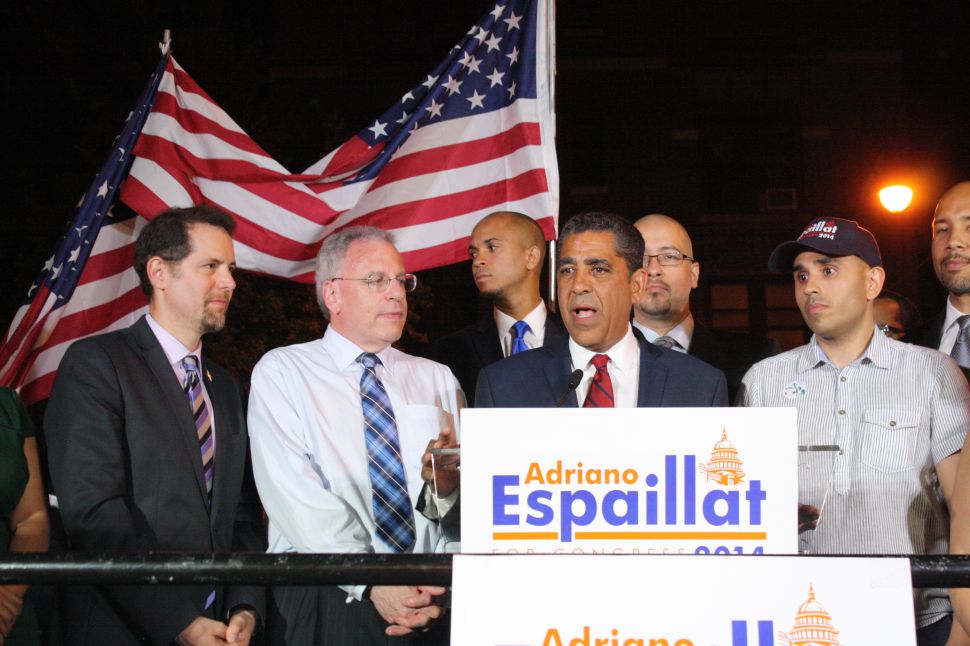