Being a jurist in New York City will get you some laughs, but it may also cause you to lose all faith in humanity.

This time, a woman is suing Showtime and the MTA because a scary “Dexter” ad displayed between Grand Central Terminal steps made her fall and injure herself, according to DNA Info.

Ajanaffy Njewadda lost her husband, Sheik Ahmad Tejan Wadda, in the busy station last year. When she turned around to look for him, she was confronted by the plastic-covered face of (surprisingly) pleasant serial killer, Dexter. The creepy ad caused her to tumble down the stairs and suffer a broken ankle and concussion.

It’s still better than Dexter’s signature move of wrapping you in plastic and cutting your cheek.

“I remember that the conversation we had was that a Manhattan jury will not see this poster and placement as dangerous or scary. Essentially, New York jurors are sensible and that I may be laughed out of court,” Mr. Nazrali said to DNA Info. “I said. ‘Let’s see.’” 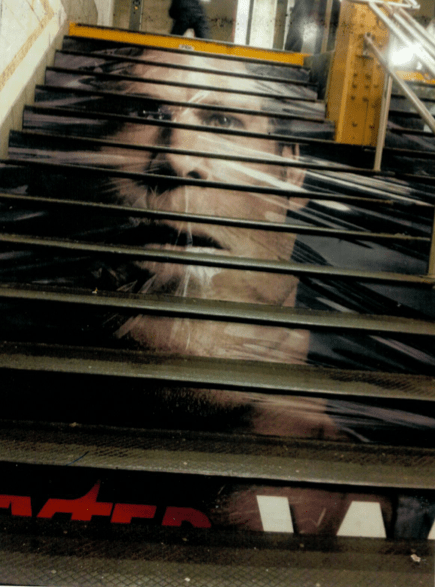