In an effort to limit acts of domestic violence, Staten Island city officials have launched an anti-stalking initiative, DNAinfo reported.

“We think this Anti-Stalking Initiative will turn an underreported crime like stalking into a more urgent issue,” Staten Island Domestic Violence Response Team (DVRT) director Elizabeth Dank said in a press release. “The DVRT program has worked with over 70 high-risk, high-lethality clients in the last two years and concerns about unaddressed stalking behavior have always come up in our case discussions.”

The program, entitled “Coordinated Approach to Preventing Stalking” (CAPS) will include police officer education, setting guidelines for officers to determine whether reported cases of harassment demonstrate a “course of conduct” for a stalking arrest.

The Mayor’s Office to Combat Domestic Violence (OCDV) collaborated with the NYPD and Staten Island District Attorney, Dan Donovan, to coordinate the program. “My hope is that if we arrest and convict an offender for stalking, we are potentially saving a victim from future harm,” Mr. Donovan told DNAinfo.

Not only will this program bring awareness to the issue of stalking by enhancing identification, but it will also connect victims to helpful services. An Assistant District Attorney has been assigned to review pending criminal cases that include repeated Domestic Incident Reports, adding stalking charges where they are fit.

Staten Island is the first borough for the implementation of this type of preventative anti-stalking measure.  From 2010-2013, Staten Island saw a 37% increase in domestic violence arrests and this year, there’s already been a 16% increase through April, OCDV told CBS. 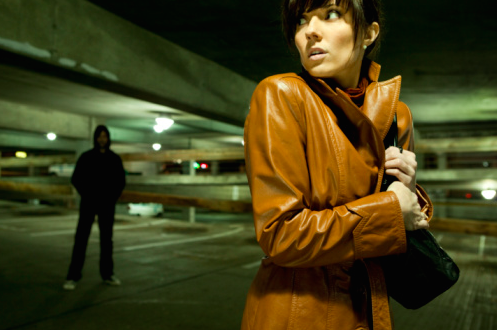