The Advance Group, a leading consulting and lobbying firm, took voter information from City Council and borough president campaigns it ran last year and used it in the controversial Anybody But Quinn initiative, a move that is raising new legal questions.

The consulting firm, which spearheaded the anti-Quinn group, drew information from the Voter Activation Network databases of other campaigns they managed or advised last year and gave the data to the crusade to discourage New Yorkers from supporting ex-Council Speaker Christine Quinn’s failed mayoral bid, a former operative for ABQ confirmed to the Observer.

Campaigns use the Voter Activation Network to access voter rolls and obtain the names, addresses, ages and party affiliations of registered voters–particularly useful for get-out-the-vote ground operations like the one ABQ ran. Documents obtained by the Observer indicate that the VAN “turf packets” that ABQ canvassers used to guide when going door-to-door last August all had the names of three Advance Group clients: Laurie Cumbo and Robert Waterman, each running for City Council, and then-Councilman Robert Jackson, running for Manhattan borough president,

ABQ was registered with the city Campaign Finance Board as an independent expenditure–meaning it should have been uncoordinated with other election year efforts–and most of its funding came from the anti-horse carriage group New Yorkers for Clean, Livable and Safe Streets. The Observer reported last month NYCLASS had parted ways with the Advance Group amid mounting bad press.

The Campaign Finance Board declined to comment on the legality of the practice, but pointed to a press release from last month announcing penalties for Ms. Cumbo, now a councilwoman, and Councilman Mark Levine–penalties that resulted from the Advance Group failing to disentangle the operation of their council campaigns from the supposedly independent operations that NYCLASS paid the Advance Group to do on behalf of the two candidates.

The Advance Group is also reportedly facing an FBI probe–those close to the group deny those press reports–into whether it coordinated its ABQ operation with the successful de Blasio mayoral campaign in 2013.

For its part, the Advance Group denied doing anything wrong in this instance.

“Any lists consulted were derived entirely from publicly available databases and at no point was any proprietary information used or shared,” said Scott Levenson, the firm’s founder and president.

The Advance Group declined to state exactly which publicly available databases it used. 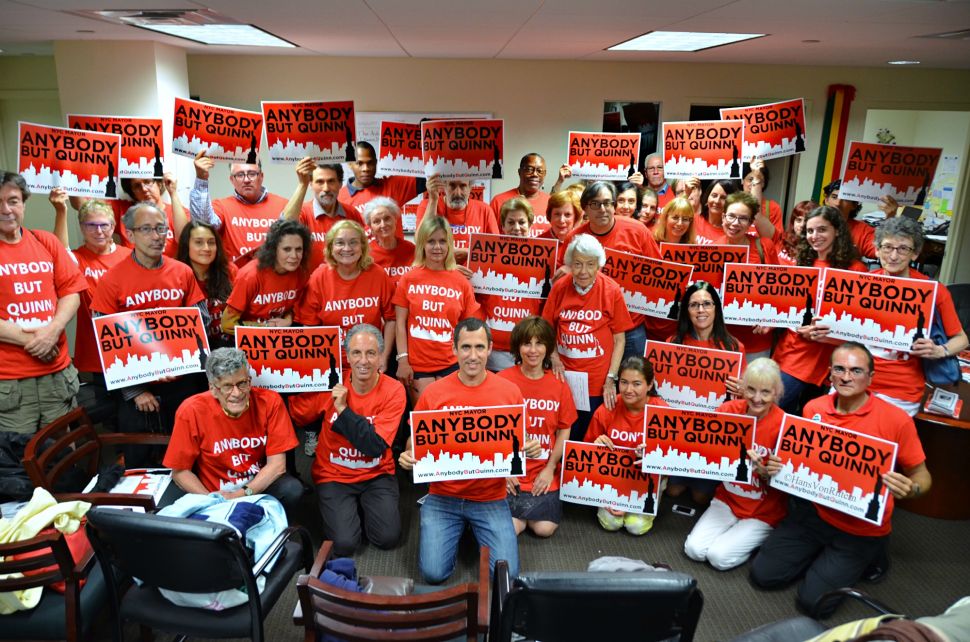