Heading into the final hours of this competitive CD12 Democratic Primary contest to be decided Tuesday, state Sen. Linda Greenstein (D-14) and Assemblywoman Bonnie Watson Coleman (D-15) this morning clashed in a debate forum appearance on NJTV’s On the Record with Michael Aron.

“I’m the person from Mercer County who’s never been in ad running for re-election with Chris Christie,” said Watson Coleman, a swipe at Greenstein, whose re-election last year in the tough, battleground LD14 included a spot that highlighted the senator’s ability to work with the Republican governor.

“I’m the only person sitting here,” Greenstein shot back, with an inclusive nod to fellow contender Assemblyman Upendra Chivukula (D-17), who also sat at Aron’s round table, “against whom Gov. Christie ran an ad.”

Christie’s ad – a variation of which he cut for the 14th along with two other presumed 2013 battlegrounds in support of GOP challengers – branded Greenstein as an “obstructionist.”

“Does that make you schizophrenic?” Watson Coleman asked Greenstein, citing what she identified as the senator’s attempt to have it both ways.

“No, it doesn’t make me schizophrenic,” Greenstein said with a roll of the eyes at her rival.

Greenstein said she worked with Christie when he was right, and supported the 2% cap, but in the main opposed him.

Watson Coleman attacked her main rival on another front as well, when she noted that “the pressure got to her,” referring to the senator’s behavior in a circulated video.

The video captures Greenstein – who says she believes Mercer treated her unfairly during the pre-primary process – lashing out at a roomful of Mercer County Democratic Committee members.

“That was an illustration of a bad day,” said Watson Coleman, who then told Aron in response to a question that she stands by her belief that the Bridgegate-smudged Christie should resign. 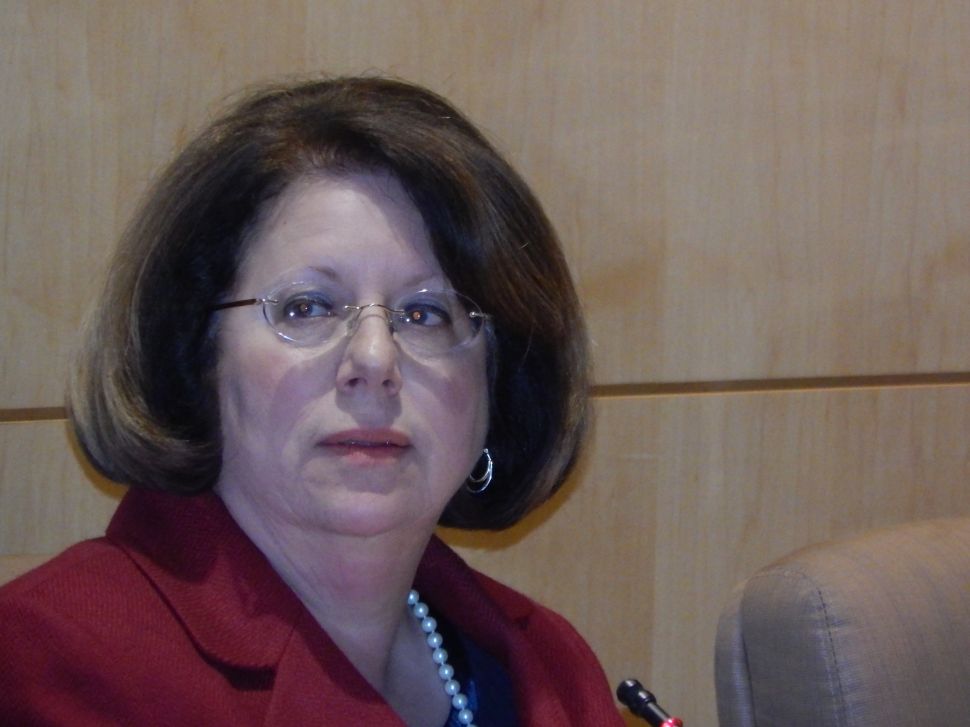