NEWARK – After weeks of being locked in intense political combat, veteran Newark politicos gathered at an organized Unity Party held at Lot 47 in downtown Newark on Thursday night, a happily anarchic celebration that frankly got frisky.

Sworn enemies during the recently-concluded conflicts waged in the May municipal election between the forces of Mayor-elect Ras Baraka and mayoral race rival Shavar Jeffries, as well as the June county committee and council runoff elections, hit the bar, then the dance floor hard. The air at the jammed upstairs lounge soon smelled like a volatile mix of sweat, liquor, beer and ambition as loud old-school hip-hop and house music blasted from the speakers.

Amidst glasses clanking at the bar and bodies colliding on the dance floor, various power players in New Jersey Democratic politics, especially those with Essex County roots, could be seen.

As the evening hurtled on into increasing oblivion, Baraka communications chief Tai Cooper held court alongside Chris James, executive director of the New Jersey State Democratic Committee. James, an East Orange councilman and a strong ally of Newark’s Payne political family, including U.S. Rep. Donald Payne Jr. (D-10) who sided with Jeffries over Baraka, paused during the revelry to explain why even in battle-blasted Essex, yes, we can all get along.

“Every election we have here is a war. Then, the war is over,” James told PolitickerNJ.com. “Then you chill out, sit down, forget politics and get back to government. That’s how it’s got to be.”

Ironically, neither Baraka nor Jeffries came to the unity party. But for labor union leader Rahaman Muhammad, a big Baraka backer and a co-organizer of the party, that fact, as well as the enmity stirred up during Newark’s recently completed mayoral campaign, just didn’t matter.

“I’m an optimist. I don’t think any election should be taken personally. Elected officials, all politicians, all politicos, we have to work together to make sure that our community is successful,” Muhammad said with a smile as the surveyed the benevolently crazy scene. “After all, these events aren’t really for the politicians. They are for their soldiers.” 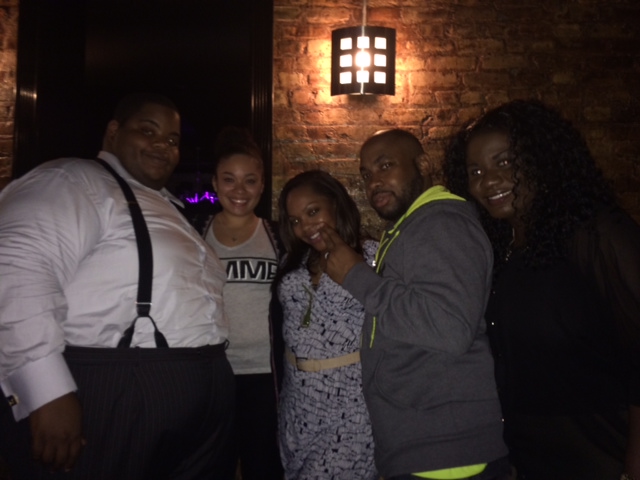