You might want to be careful while swimming at Rockaway Beach.

Steve Fernandez’s Sunday fishing trip with his buddies off the shore of Rockaway Beach turned out to be more thrilling than anticipated when he accidentally reeled in an estimated 10-foot long, 80-pound baby great white shark.

“We put our hook in the , got it next to the boat and that’s when we realized it was a great white,” the 29-year-old Breezy Point native told The Post. “I’ve been fishing my whole life but I’ve never seen one a mile off the beach.”

Little Jaws’ momma, which Fernandez estimated at about 600 pounds, was swimming close by. Fernandez said the sharks weren’t too far from 116th Street.

“I’ve seen them off shore, never really this close,” said Fernandez. “There’s no magical fence that keeps them off the beach. They swim wherever they want to go.”

The National Oceanic and Atmospheric Administration (NOAA) provides a list of guidelines for its “catch and release” policy, and New York State regulations ask that the fish be released immediately “with minimum injury.”

Fernandez and friends complied. They tagged the baby great white so it could be tracked for research, then set it free–after taking a couple shark selfies, of course.

“I love it — I’ll do that every single day,” he said. “I’ve caught bigger sharks, but that was the coolest.” 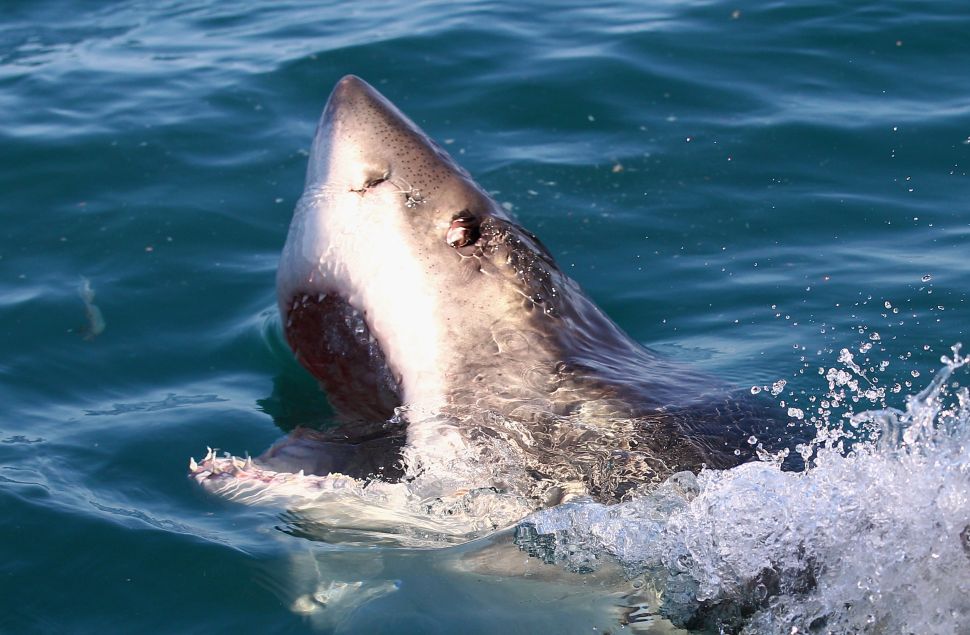