TRENTON – State Senator Christopher “Kip” Bateman (R-16) has seen more than his share of budget battles during his 20 years in the Legislature. But the atmosphere surrounding this year’s fiscal fight is tinged by a word often heard within the walls of power: ambition.

On one side stands State Senate President Steve Sweeney (D-3), who has said that he won’t back down from a budget plan he proposed on Wednesday designed to fix the state’s ailing pension system.

On the other side stands Governor Chris Christie, whose plan calls for cutting $2.5 billion in pension contributions to public employees between now and 2015 to make up for an estimated $800 million revenue shortfall.

It seems clear to even the most casual observer of New Jersey politics that when it comes to the budget battle, something has got to give in order to pass the budget. However, in the case of both Christie and Sweeney, if either man gives in, they could conceivably give away the realization of their dreams of higher office.

Christie, now head of the national Republican Governors Association (RGA), has been making the rounds nationally, seeking support for a potential 2016 Presidential run.

Therefore, if either Christie or Sweeney flinches during the current budget battle, their hopes could be dashed if either of their support bases perceive weakness in their respective leaders.

But what Bateman thinks is that perhaps during this particular budget quarrel, both Christie and Sweeney could still ultimately help rather than hurt, their higher hopes.

“Many times in Trenton, compromise is a necessary tool. Both these gentlemen have their constituencies. [Sweeney] will push forward the bill to raise taxes and for a full pension payment to protect his constituencies, and to protect labor in particular. And I suspect that [Christie], who has the red pen, will veto the tax increase, because that’s been his position since he’s been governor. He will not raise taxes,” Bateman told PolitickerNJ.com. “I think it will probably end pretty close to that scenario.

“Still, I think they both can win,” Bateman added. “[Sweeney] pushes forward his agenda, so he protects labor and the individuals who are counting on their pensions, so he wins that way. [Christie] vetoes it, so he protects his constituencies by not raising taxes. Then they both walk away saying compromise worked. Nobody is going to be 100 percent happy. But they can both walk away unscathed.” 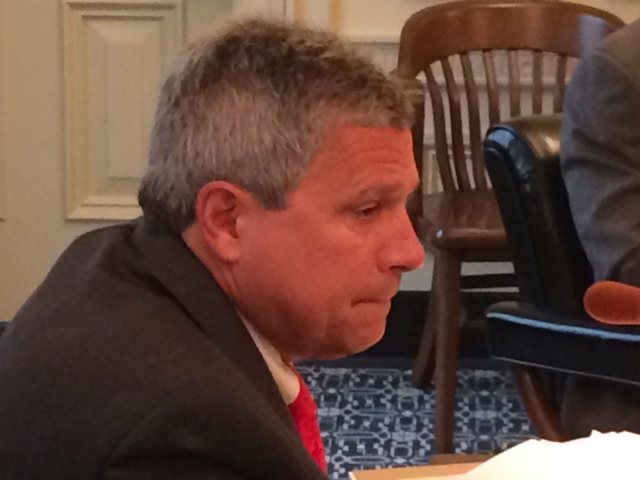