BAYONNE – As the runoff battle between Bayonne incumbent Mayor Mark Smith and insurgent candidate Jimmy Davis enters its final hours, evidence of a close contest is in plain sight to even the most casual observer of an intense Election Day in Bayonne.

Up and down main Bayonne streets such Broadway, Avenue C, Avenue E and John F. Kennedy Boulevard, tee-shirted troops are contesting every corner in the war to control this Hudson County city of more than 60,000 people. Team Smith is arrayed in Kelly green; the Davis forces have donned fluorescent yellow or orange.

As both sides hand out palm cards and try to pull their voters to the polls before the 8 p.m. closing time, one Bayonne pavement pounder in front of the Villa Maria restaurant on Broadway commented on the profusion of competing campaign workers in the streets, as well as the apparent pressure of heightened turnout at the polls.

“Turnout is definitely up all over Bayonne,” said a local resident who requested anonymity. “Now we’ll see who gets their guys out first, and best, for their candidate. And don’t forget most – this is Hudson County, after all.” 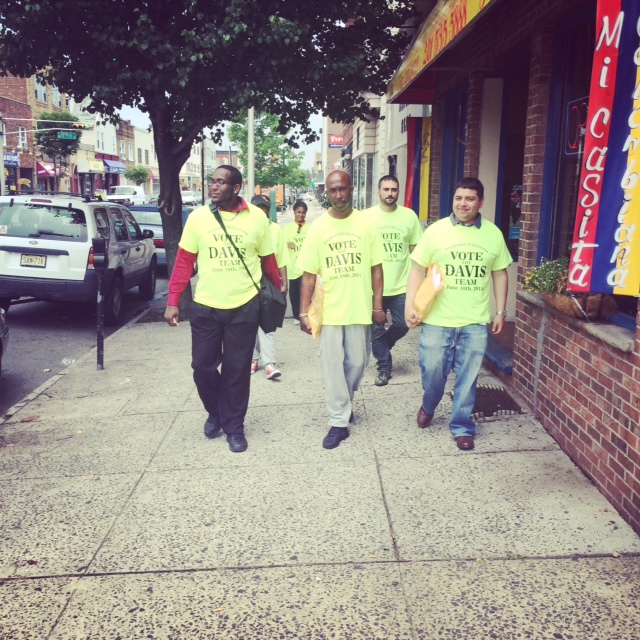