BAYONNE – Hoping that June 2014 proves to be the summer of Bayonne’s discontent, Jimmy Davis, the mayoral race runoff rival of incumbent Mayor Mark Smith, voted Tuesday in the expectation that he will be the Peninsula City’s new political leader.

“I feel great, and I feel that in the end the people will vote for a change,” Davis told PolitickerNJ.com immediately after he cast his ballot at the Fourth Street Senior Center. “I think the people are going to come out and vote.

“I think our numbers are going to be strong. I think we’ve identified a lot of our voters,” added Davis, who indicated that he thought the candidate who gets more than 7,000 votes will emerge victorious today. “I know we have a lot of first-time voters coming out, people who have never voted before. The general consensus in the town is that people are just fed up. People are tired. They want a change.”

Davis assessed his team’s ground game based in part on the fact that Tuesday’s runoff election had to take place after neither Smith nor Davis received more than 50 percent of the vote in the May 13 Bayonne municipal election. Smith and Davis were separated by only a two-percentage-point margin after the May contest.

“Our ground game has been very good from day one. For us to be where we are today, with the amount of money that we raised, just to get to the runoff proves how good our ground game is,” Davis said, referring to a fundraising disadvantage of an approximately ten-to-one margin against Smith. “We got to a runoff without doing one mailer. That’s all lit drops, kids, teachers, all sorts of people out there every day, and lots of meets-and-greets in every ward. We go out and meet as many people as we can.”

On Bayonne’s decision day, Davis emphasized that win or lose, for him, it’s all about the city’s people.

“The main core of our troops are all Bayonne people,” Davis said. “We made a lot more friends after May 13, and more and more people came out to help. We’re going to win today, because people are fed up with what’s going on in this city. Nothing has been done in six years. Our streets are dirty. Broadway is a mess. It’s time to bring the pride back to Bayonne. If anything, I think this election, as crazy as it may have gotten, has brought the passion back to the people, even on both sides. I think that I will be able to heal Bayonne because the people want it. This election shows that people are passionate about Bayonne once again. They want to see change. They want things for the better. Let’s move this town forward, because that’s what we need to do.” 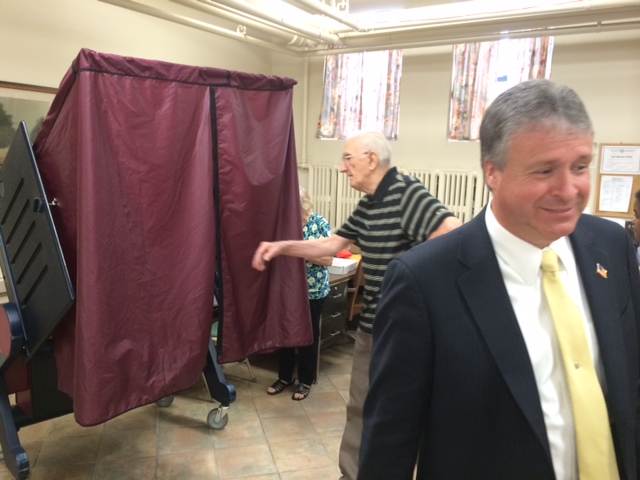