As Democratic lawmakers worked late into the night to craft a budget that preserves a commitment to the state’s public pension system, Assemblyman Wayne DeAngelo (D-14) said  he expects line item vetoes from Gov. Chris Christie but that he hopes the governor has “learned the word compromise.”

“I’m sure there’s some things that the governor is going to line item and strike out, but I think for the most part filling in the budget gaps and the millionaires tax is a big thing for us,” DeAngelo, who serves on the Telecommunications and Utilities Committee (as Vice-Chair) and on the Labor Committee, told PolitickerNJ.

The battleground Democrat added that members of his party “weren’t really excited about more corporate business tax,” but that they “had a big hole to fill.”

Late last night, the Senate Budget Committee released the Democrats’ $34.1 billion budget for the 2015 fiscal year, providing an alternative to the governor’s proposed $34.4 billion plan, which Democrats oppose because it guts the state’s pension system in favor of plugging an $800 million budget shortfall. Their own plan calls for raising the state’s gross income tax rate from 8.97 percent to 10.75 percent for the wealthiest roughly 16,000 taxpayers with taxable incomes exceeding $1 million, as well as instituting a corporate business tax.

“I know that the Speaker was interjecting some strong concerns that the Assembly had, and I know in the beginning it sounded like the senate had their budget, but we’re the people’s house and the budget starts with us and then kind of filters through the process,” DeAngelo said. “I think the discussions have gone through, the Speaker has taken a lot of the concerns that the Assembly people have had and we’re merging that together with what the Senate has. So we’re putting the nuts and bolts together, and working to ensure that we have a good compromise.”

Assemblyman Dan Benson (D-14), who joined DeAngelo at a Hamilton Democrats event in Hamilton Tuesday night, agreed that the party is largely in agreement on the current proposal. But he too stressed the need to maintain commitment to the pension system, which would require a contribution of $2.25 billion next year, according to pension reform legislation signed by the governor in 2011.

“If we don’t make a pension payment now, we’re going to double the liability in the future. And we all went through what it was like with Governor Whitman to bond and what that did to our state finances,” Benson said, referring to former Gov. Christie Todd Whitman, who borrowed $2.7 billion in 1997 in order to avoid making annual payments into the pension fund. “This is worse, because now we’re leaving for future generations not just debt, but completely unfunded liabilities without a plan.”

One dynamic of the budget concerns the relationship between Assembly Speaker Vinny Prieto (D-32) and Senate President Steve Sweeney (D-3). The latter supposedly spurned the former last week by stepping forward with his own proposal without first consulting members of the lower house.

Asked if that was true, DeAngelo shrugged.

“Well it’s [Prieto’s] first year. He’s a North Jersey guy and the Senate President is from South Jersey, so they’re just getting to know each other. [Sweeney’s] starting to include the Assembly in more of the conversation before hand. It took a few month’s but that’s what I’m starting to see now,” DeAngelo said.

Benson, alternatively, framed it as a “spirited give and take between the Assembly and the Senate,” adding that the party ultimately stands together on issues of such importance.

Both assemblymen expect lawmakers to pass a final budget before a state shutdown on July 1. 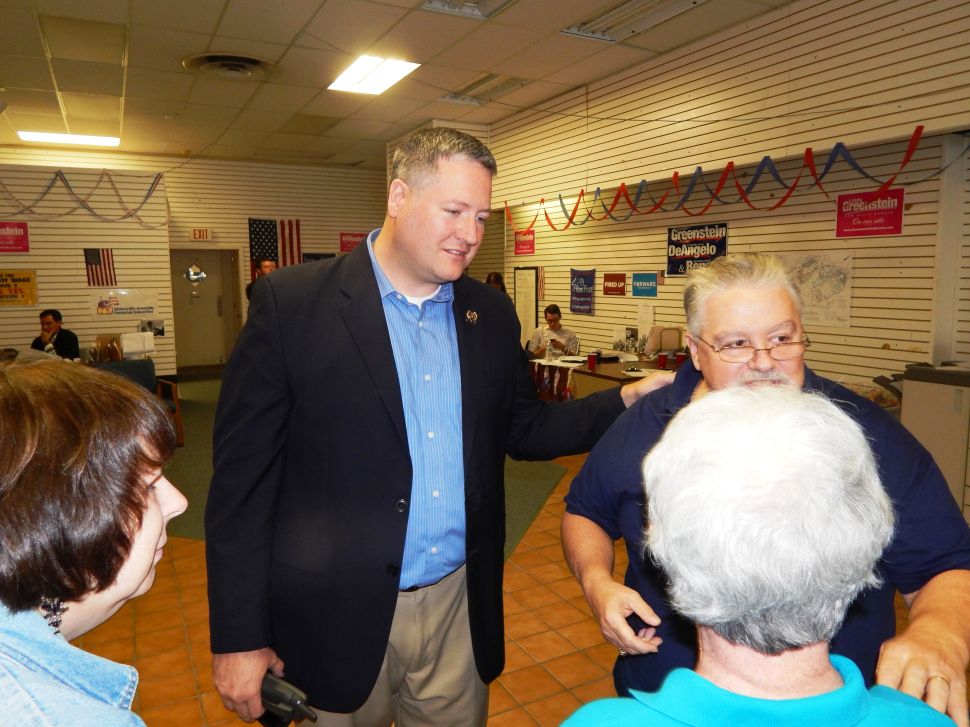