Ms. McCray made the announcement on her blog by listing the family items that would initially be moved: the rocking chair given to the couple by Mr. de Blasio’s mother, Maria Wilhelm, before the birth of his daughter Chiara, and her mother’s sewing table.

She explained the importance of the sewing table, an old family heirloom.

“When I was a little girl, my mother lamented that there were so few Black dolls available for us,” Ms. McCray continued. “She was determined to do something about it. It took time, but later in her life, undeterred, she sat down at this sewing machine (where she had sewn many of our clothes) and created dolls that reflected what my sisters and I saw in the mirror every day.”

Of the rocking chair, Ms. McCray wrote: “Maria spent hours in this chair, rocking and reading to Bill when he was a baby. Chiara and Dante were also soothed by the rocking and the warmth of listening to stories in my lap.”

After Mr. de Blasio won the mayoral race, observers wondered whether the Brooklyn family would relocate to Gracie Mansion, especially since Mr. de Blasio’s son still attends high school in Brooklyn. They announced months ago they would be making the move.

Tours at Gracie will be temporarily put on hold next week and resume in September, once Mr. de Blasio is settled. Mr. de Blasio’s predecessor, Michael Bloomberg, chose to reside at his own tony home nearby instead of the mansion. 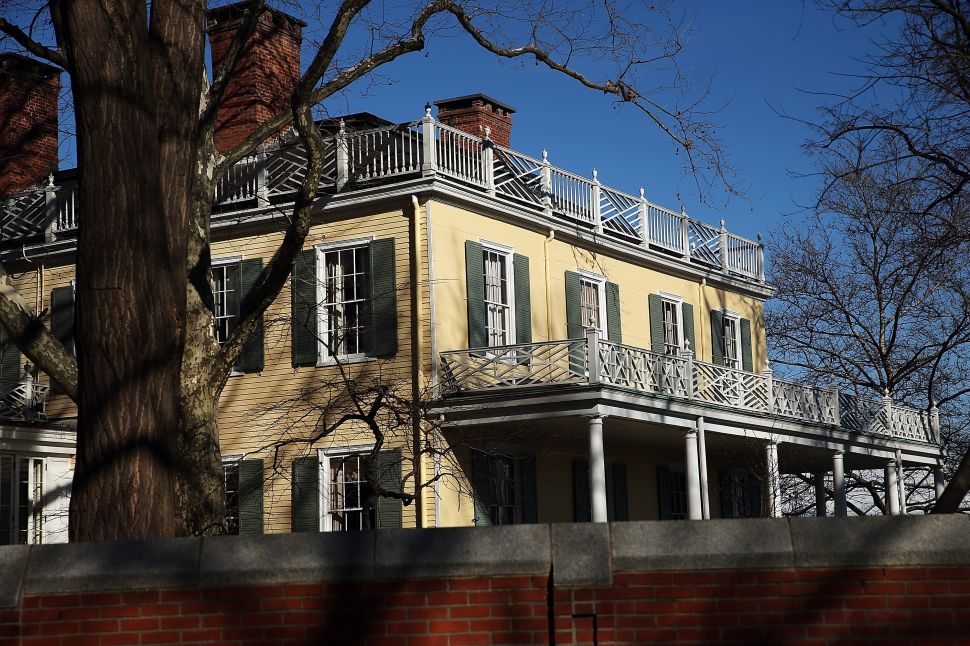