Mayor Bill de Blasio is hoping he has a little more luck with the players in red, white and blue who don’t have to wear ice skates.

A few minutes before Team USA debuted in the FIFA World Cup against Ghana, Mr. de Blasio tweeted a picture of himself donning the team’s official jersey. Instead of his last name, as is customary, his Twitter handle appears in the back with the number 14.

Mr. de Blasio is not known to be a rabid soccer fan (his predecessor, Michael Bloomerg, was indifferent to organized athletics). But the mayor is a self-professed sports nut, who roots for Boston teams and proudly threw out the first pitch on opening day for the New York Mets. 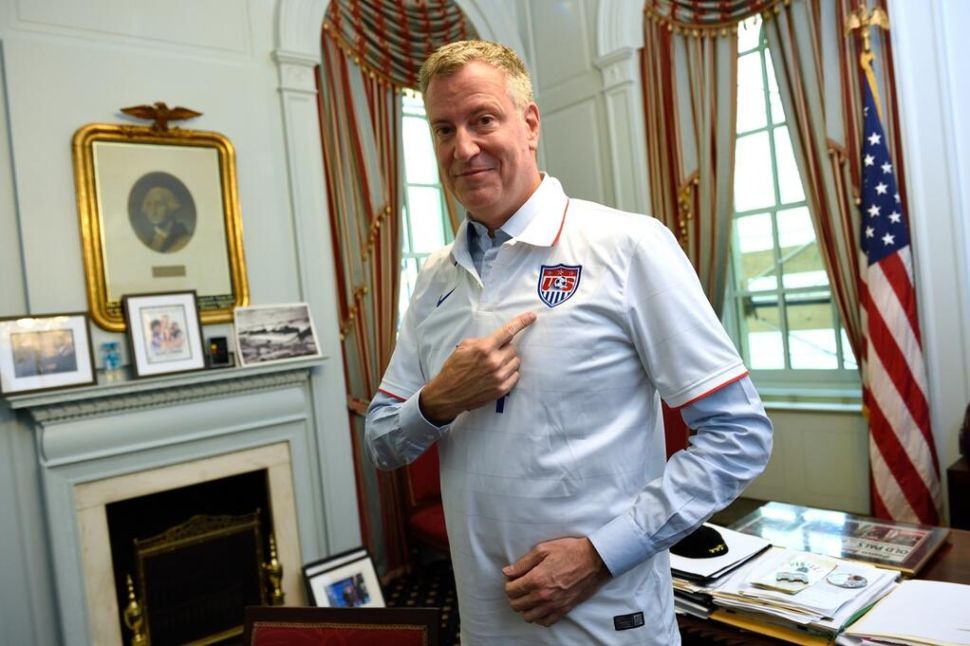