Mayor Bill de Blasio gave lengthier explanation of why his administration decided not to pursue a bid for the 2024 Olympic games today, slapping down what had been a dream of the prior administration.

While delivering a speech at NYU’s International Hospitality Industry Investment Conference, he expanded on anti-Olympics arguments made last week at another press conference.

“New York City is already at such an extraordinary point, because thanks to some of you in this room our tourism industry couldn’t be stronger, our international reputation couldn’t be better, our brand couldn’t be more well respected all over the world,” Mr. de Blasio said at the university, his alma mater. “So we thought, in a classic New York phrase, if it ain’t broke don’t fix it.”

Mr. de Blasio came prepared with a notebook full of statistics. He said that last year the city had welcomed 54 million visitors, received 39 billion dollars in direct spending and that the tourism industry had been responsible for 350,000 jobs. This year, hotel room night occupation is up 6.9 percent in comparison to last year and Broadway theaters reported their highest grosses for a Memorial Day weekend in recorded history, according to the mayor.

All of this means, in the eyes of Mr. de Blasio, that the revenue the Olympics could potentially bring to New York City isn’t necessary.

“Something very good is happening,” he said.

Mr. de Blasio explained that he passed on the Olympics–former Mayor Michael Bloomberg lobbied hard for the 2012 Olympics that eventually landed in London–because New York had already “established” itself. 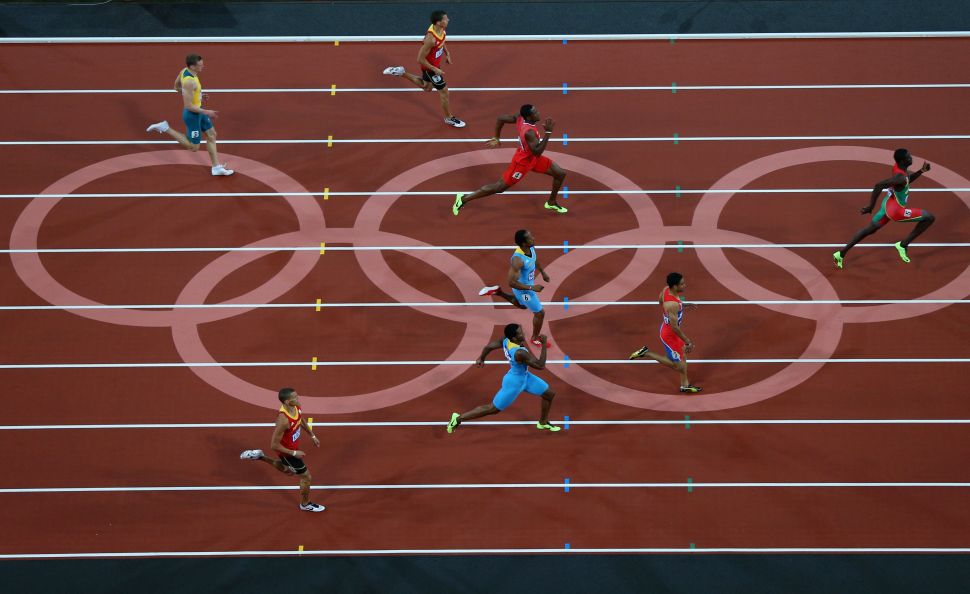