Congressman Charlie Rangel will not have Mayor Bill de Blasio’s endorsement after all.

Mr. de Blasio told reporters today that he will not endorse a candidate in the Democratic primary for the uptown and Bronx-based seat, thus denying the longtime Harlem lawmaker the coveted backing of the mayor.

Mr. de Blasio, a fellow Democrat, simply said “no” when questioned about his endorsement at an unrelated press conference in Manhattan–he offered no explanation–but his decision to not endorse defies a Gracie Mansion precedent.

When State Senator Adriano Espaillat first challenged Mr. Rangel in 2012, then Mayor Michael Bloomberg fell behind the incumbent, who has held the seat for more than 40 years. Mr. de Blasio was long rumored to remain neutral in the race or even back Mr. Espaillat–both the city comptroller and speaker of the City Council already endorsed Mr. Espaillat–but his decision to not endorse Mr. Rangel represents another local power retreating from his candidacy.

Mr. Rangel had been courting Mr. de Blasio and said last month he had “no idea” if Mr. de Blasio, who once managed his campaign in the 1990s, would endorse him. That same month, he also told the Observer he was not worried about losing out on the mayor’s backing.

The Democratic primary, now less than three weeks away, is expected to be extremely close. Mr. Espaillat nearly unseated Mr. Rangel two years ago and is running with a bevy of support from unions and elected officials he did not have before. Mr. Rangel, however, has remained a feisty and energetic presence on the campaign trail, leading Mr. Espaillat in a recent poll.

Also running in the race are Pastor Mike Walrond, who is close to Mr. de Blasio, and Bronx activist Yolanda Garcia. Mr. Rangel and Mr. Espaillat’s campaigns declined to comment. 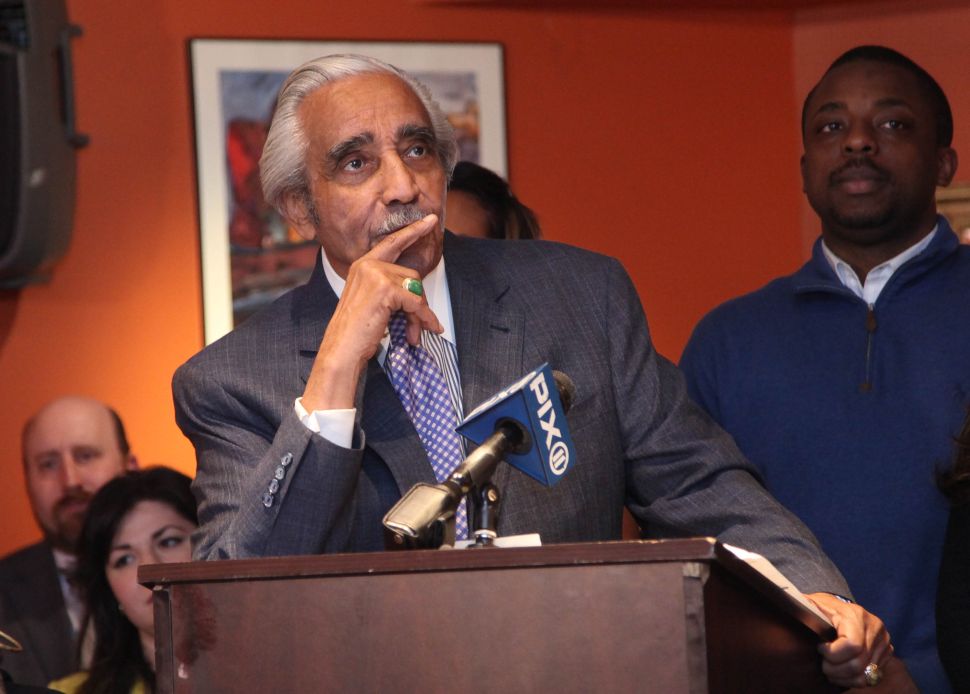