TRENTON – Everyone tried to get an elbow in – but in a civil way.

No one appeared to want to leave bite marks on this budget process.

The same veteran players took up opposing sides and affixed their names to pro and con positions.

“So much of this budget – ongoing budget – seemingly can’t be touched,” added the Monmouth County Republican. “Public school aid that the Supreme Court has told us can’t be changed. Ongoing payments to hospitals and other institutions. I understand what we’re up against here. But we have to look at the practicalities of what we’re up against here.”

The imposition of millionaires’ and corporate tax hikes drives people across the borders, he said.

“We give people incentive not to be in our state,” Kyrillos argued. “We are losing high net worth people and the people who will help us with our problem.”

“Let’s not kill the golden goose here,” said the 27-year veteran of the legislature.

“This is not a perfect document, it never is,” he said. “But I would ask [all my colleagues] that we are going to have to work very hard to bring additional revenues into this state and to cut out excessive, wasteful spending. We have to take some hard looks at that. The future of our state is at stake.”

In the meantime, Lesniak said, he plans to vote yes.

So does state Sen. Joe Vitale (D-19), who cited fee upticks under Gov. Chris Christie’s watch that trickle down to impact regular people.

The trick is balance, he said.

“If you don’t have a combination of tax increases, fees, [and other investments], things will never change,” Vitale said. “We play a game here every year. The point is it’s our collective responsibility to get it right. Tamp down the rhetoric and argue the facts. We’re asking our millionaire friends to contribute a little more.” 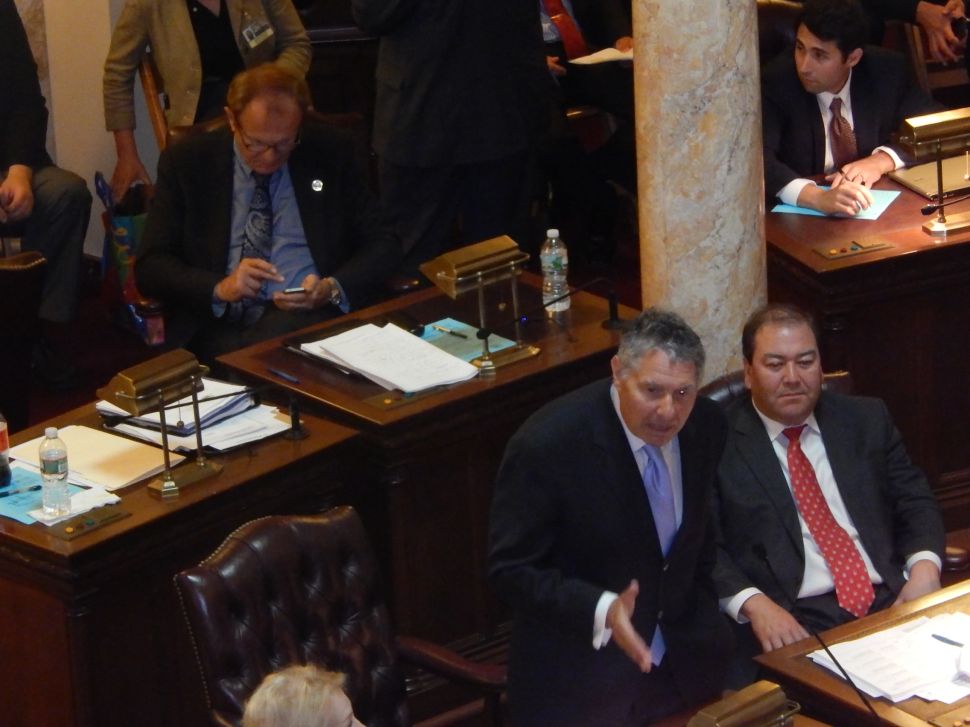