The rotting corpse of the Presbyterian Church suffered another nail in the coffin with its general convention vote on Friday to divest from companies doing business with Israel. It’s bad enough that the Church is hemorrhaging members faster than Donald Sterling is losing Clippers fans. Now the Church demonstrates that it has no moral compass and suffers from a terminal case of underdogma, whereby right and wrong are determined not by Biblical or moral teaching but by whomever is perceived to be the weaker party.

Presbyterians supposedly believe in the Bible. I say supposedly because I’m confused by their general approach to morality, which seems to follow a show of hands every year at their general conference. But be that as it may, when it comes to murder the Bible is clear. You can’t do it. The Ten Commandments are clear. You can’t dismember people because you feel aggrieved. Israel’s checkpoints, to which the Church strongly objects, are designed simply to ensure that innocent Israelis are not blown to smithereens on buses. Period.

When I was a student in Israel in the mid 1980s there were almost no checkpoints. That’s because suicide bombings had yet to come into vogue. Young Muslims were not being encouraged by the PLO and Hamas to detonate themselves to strike a blow for their religion.

Things have changed. In the wake of the Oslo Accords, in which Israel granted the PLO political autonomy in the West Bank, the equivalent of about 60,000 Americans were murdered in Israel.

And what does the Presbyterian Church suggest Israel do about all this mayhem? Allow terrorists to come in from the West Bank and murder children.

But wait a second. Don’t they just want Israel to simply withdraw fully from the West Bank? Isn’t that just?

To which I answer, and leave what behind? Afghanistan? Syria? Gaza? Iraq?

The Middle East is currently in a downward death spiral. The withdrawal of American troops from Iraq has led to thousands of civilians murdered there in the past two years by sectarian violence and marketplace bombs. Pakistan’s second largest airport, in Karachi, was just overrun by terrorists. In Libya civilians are also being blow sky-high and an American ambassador has already been murdered. Afghanistan is a viper’s nest of Taliban butchery and in Syria we’ve seen 150,000 killed in the civil war. Gaza, from which Israel withdrew in 2005, sports a Hamas theocracy filled with honor killings of women and rampant murder of homosexuals.

On all this the Presbyterian Church has nothing moral to offer. Blissful silence is the order of the day. There is no condemnation of Bashar Assad for gassing innocent Arab children. No condemnation for the ingrate Prime Minister Maliki for slowly becoming a despot in Iraq. There is no condemnation of the Palestinian Authority for recently joining with Hamas to create a unity government, even while the Hamas charter continues to call for the genocide of the Jews. No, the Church is instead punishing blue-chip American companies that are creating American jobs, like Hewlett-Packard, Motorola and Caterpillar, because they help Israel protect itself from West Bank terrorists at checkpoints.

Nobody wants the checkpoints, least of all Israeli soldiers who would much rather be studying at university and getting a degree. But then, no one wants to have to go through TSA Security at airports, except that it helps prevent planes from being flown into buildings.

I’m not surprised that Presbyterianism—once the faith of choice for American presidents—is going down the tubes and seeing its membership slowly dwindle. The first responsibility of a religion is to serve as a moral voice. To teach people right from wrong. In a world of moral relativism, young people especially are looking for ethical direction. And any religion that doesn’t get the justice of Israel’s cause in simply trying to keep its children alive is morally lost. 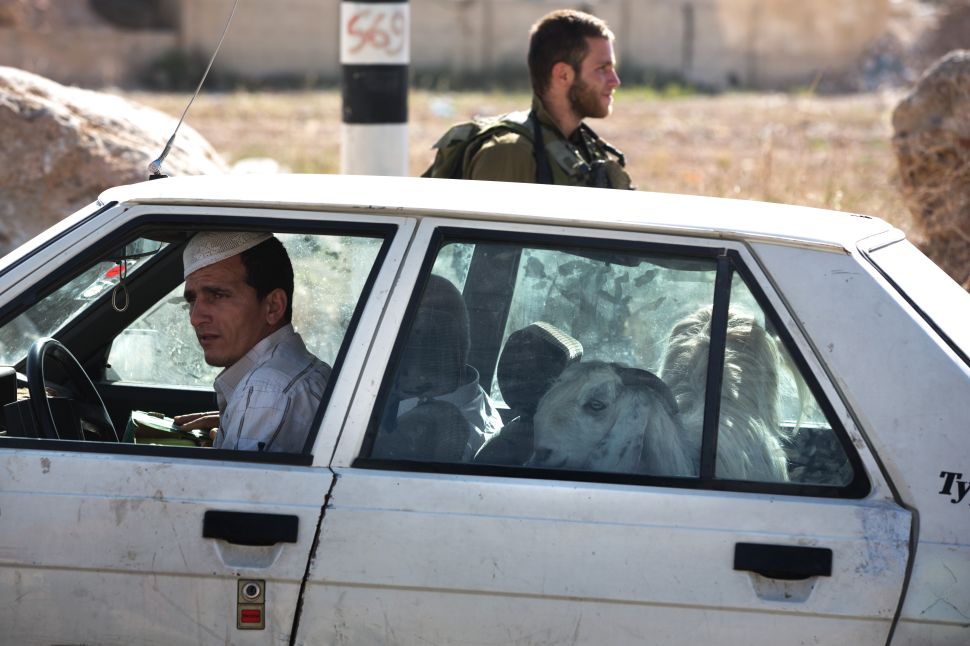