Former Marty Markowitz aide Carlo Scissura is now president and CEO of the Brooklyn Chamber of Commerce, which is backing the effort to bring the 2016 Democratic National Convention to the Barclays Center. Mr. Scissura is predicting an aggressive bid by Brooklyn to beat out Birmingham, Cleveland, Columbus, Philadelphia and Phoenix for the DNC. “We as a business community are going to do everything we can to make it happen,” he said.

What are you up to today? We are hosting 30 Chamber of Commerce presidents from across New York state. For most of them, it’s their first time. We had them on a bus tour last night. They’re, like, amazed. They all say the same thing: “If we had just one of these dozens of projects, it would be transformative for us.”

Where would you take a busload full of convention delegates? Coney Island, Bensonhurst, East New York and Brownsville. And we’re going to of course go to Dumbo and take a walk in Brooklyn Bridge Park. But then I’m going to show them Sunset Park, so they can see where thousands of new, good-paying jobs are being created. We need to see Chinatown, Little Italy, Hasidic Brooklyn, Caribbean Brooklyn. Then we need to get into Williamsburg and show them hipster Brooklyn, because that’s fun.

Why do they need to see all that? It’s America. They need to see who is living in America, who the Democratic party’s constituency is. With all the Midwesterners moving to Brooklyn in the last few years, if the nominee wants to win the Midwest, it starts in Brooklyn.

Are there any numbers to back up the idea that young Brooklynites can swing the Midwestern vote? You have to just see. Why are hotels booked in Brooklyn all the time? It’s not just tourists; it’s the parents of all the Midwesterners coming to visit their kids in Brooklyn.

I don’t know, Cleveland and Columbus are pretty exciting. They are great, and if you talk to a lot of young people who lived there and moved to Brooklyn, they will say they were great places to grow up.

Where is everyone going to stay? By 2016, we’ll have almost 5,000 hotel rooms. There are a lot in the pipeline. People have friends. I’m sure I’ll have four or five people staying with me. Then, by the way, there’s Manhattan, Staten Island, Queens and the Bronx.

How about for the rest of us? What’s in it for people who don’t have a business near Barclays? This will basically say, Brooklyn, you are seriously on the political map in America. It’s not just Manhattan. People will see the nominee walking on Flatbush Avenue. I hope the nominee will get on the subway. I think it can put a spotlight on some of the neighborhoods that still have high unemployment and poverty to the Democrats talking about how do we create jobs in East New York and Brownsville. It’s a win-win on every level.

What will it mean for Brooklyn in dollars? Clearly it’s in the millions and millions.

Where should the delegates eat within walking distance of Barclays? I’m not going to name one restaurant, only because I will make one person happy and have 30 enemies. There are hundreds of incredible restaurants within a 10-minute walk.

What are Brooklyn’s chances of winning? When Brooklyn is in the race, there is no competition. 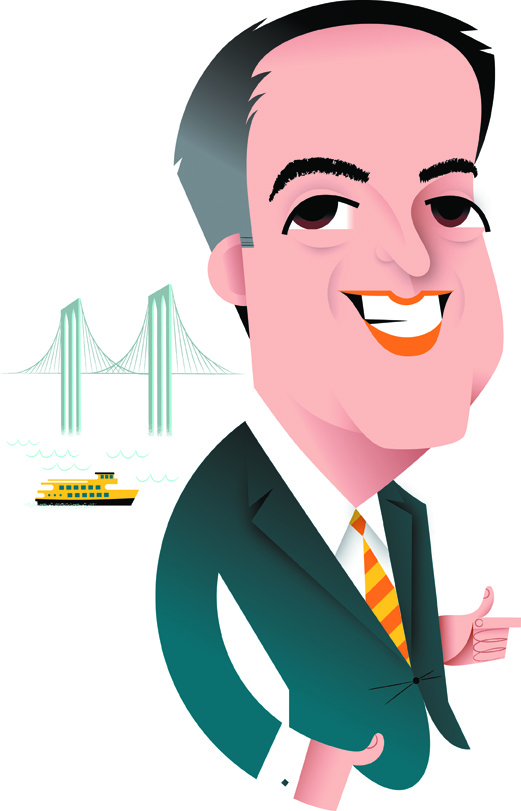