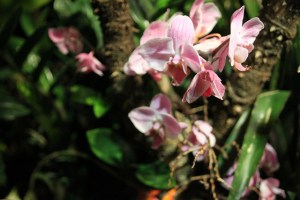 Just a day after Lisson announced that it will open up in Chelsea, Casey Kaplan confirmed that he is moving forward with plans to decamp from the area.

Mr. Kaplan told The Art Newspaper that he will move his gallery from West 21st, where it has been for the past decade, to a 10,000-square-foot space in Manhattan’s Flower District in early 2015.

The new location is on West 27th, between Sixth and Seventh Avenues, which is about a block and a half from Broadway 1602, the only other major contemporary art gallery in the area.

“It’s an exciting neighborhood that is in transition,” the dealer told the paper. “The storefront wholesalers are moving on and new businesses are coming in.”

In other Kaplan news, its handsome Sanya Kantarovsky show closes this Saturday. Don’t miss it!

Update, June 23: An earlier version of this post misstated Mr. Kaplan’s current location. He is of course located on West 21st, not West 22nd.