TRENTON – Earlier this month, state Senator Linda Greenstein (D-14) was defeated in her CD 12 Democratic primary bid against state Assemblywoman Bonnie Watson Coleman (D-15) and state Assemblyman Upendra Chivukula (D-17). In a recent interview with PolitickerNJ.com, Greenstein was circumspect about her aborted attempt to get to Washington, but looked forward to battles now being fought in Trenton.

“I think our strategy involved a lot of emphasis on Middlesex County, and I did very well there, although turnout was a little bit lower than anticipated, but not a lot lower. And I think we still did well on vote-by-mail ballots. If turnout had been higher, we would have done even better in Middlesex,” said Greenstein, looking at why Watson Coleman received 15,413 votes overall in the district to Greenstein’s 10,031 tally, according to unofficial results. Chivukula received 7,824 votes. “Even in Plainfield, where we lost by about 1,800 votes to 200 votes, that was in our projected numbers.

“The biggest thing was Mercer County. The numbers came in much higher for turnout there,” Greenstein added. “I had the line in Middlesex, and I didn’t have the line in Mercer. The Trenton suburbs – Ewing, Lawrenceville, Pennington, Hopewell – came out much higher than we expected. The emphasis of our campaign just wasn’t there. Based on history, our plan anticipated what the turnout was going to be in Mercer, but the turnout turned out to be much higher for Assemblywoman Watson Coleman there. With 20/20 hindsight, I would have had a major field operation in Mercer. But there wasn’t the time or the money to do it.”

With the Legislature now locked in battle over the state budget crisis, Greenstein is looking forward to a different fight that she feels she can help bring to a successful finish.

“If we take a strong position on the pension payments, then Governor [Chris] Christie takes his position on the pension payments, well, he’s got to come around on other [revenue] sources like the millionaires’ tax,” Greenstein said. “I’m hoping that we Democrats don’t compromise, and that we push it on the Governor for once. What’s happened in the past is that we’re always on the losing end of the compromise. This time I feel like should we should take the strong position and be on what I consider to be the winning end. Now is a good time to push back on the Governor.” 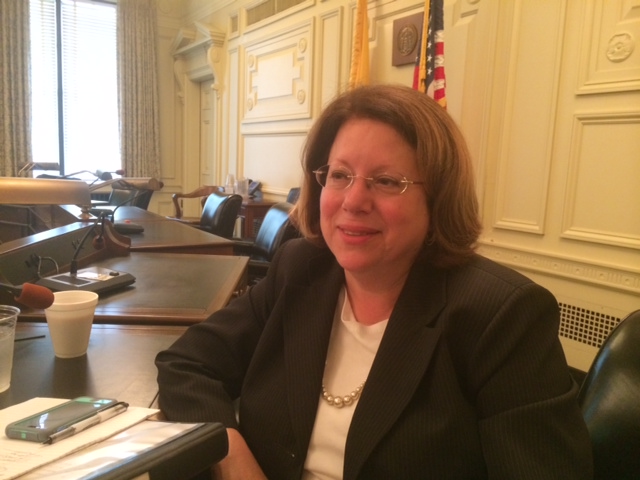