PLAINSBORO – Smack in the middle of cornfields turned to bedroom communities, stands a seven-bay firehouse that looks like the focal point of a good-sized strip mall.

If you took down the gigantic, white block letters “Plainsboro Fire Company” and replaced them with the word “Walmart,” it’s unlikely you’d turn many heads on this scraggle of roadway off Route 1.

The candidate sat behind the wheel of her own car, chauffeuring an operative who confessed to being “tired.” The dogged Greenstein has a reputation for running younger people around her ragged on the campaign trail.

A general election animal for ten years, she’s now running in a Democratic Primary for Congress in the 12th District, looking to grab the seat being vacated at the end of this year by retiring U.S. Rep. Rush Holt (D-12).

“I truly feel of all the candidates that I’m the most qualified,” Greenstein told PolitickerNJ.

Her husband Michael joined her and the pair walked into the firehouse to vote together in this town where Greenstein once served on the local governing body.

She was on TV for two weeks and put out four mail pieces. She has a full complement of diner and supermarket stops today as she looks to defeat her Mercer rival, Assemblywoman Bonnie Watson Coleman (D-15).

“Everyone’s falling all over themselves to sound ‘progressive,'” Greenstein cracked,throwing an elbow at Watson Coleman. “I’m a progressive, but I’m also thoughtful.”

Assemblyman Upendra Chivukula and plasma physicist Andrew Zwicker are also in the race. 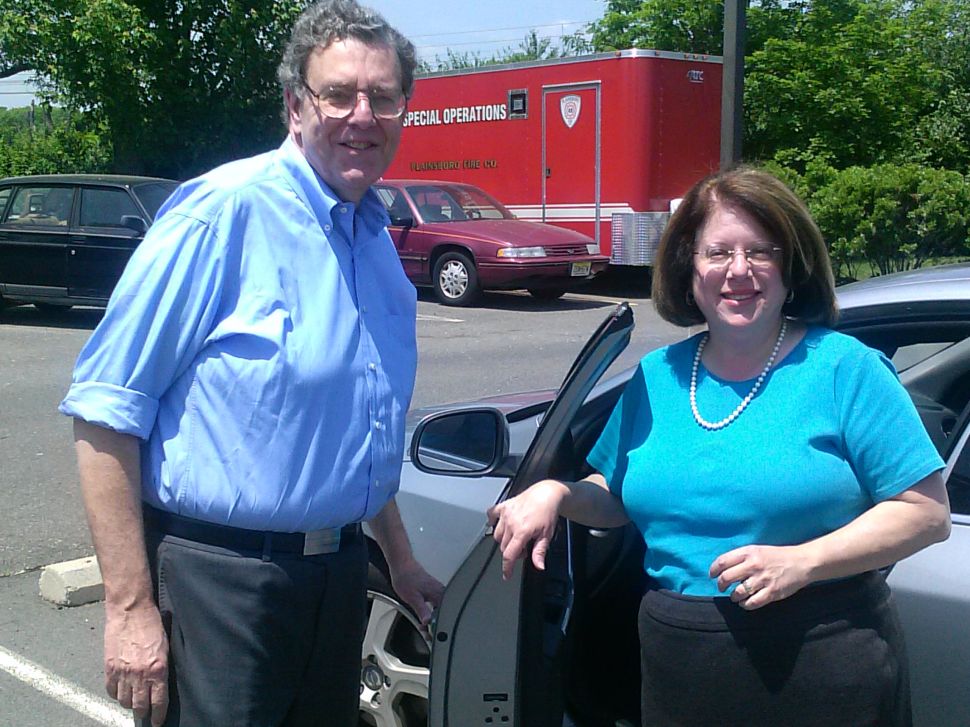