But as it turned out, they deflated the Democrat’s tires and tossed his car keys in the river.

“I am disappointed to be notified of the UAW’s decision after earning their endorsement in a fair and open process,” said Hughes. “It is clear the wishes of the local union leaders – those who have to live with Congressman LoBiondo’s ineffectiveness – have been over-ruled by those who wish to maintain the status quo. This is unfortunate, but it is also a compelling reason for changing the representation in Congress for the people of South Jersey.

“Our current Congressman, Frank LoBiondo,” Hughes added, “is so ineffective at representing the working families of the district that his campaign has hired a high powered Washington DC lobbyist to provide ‘labor consulting’ to his campaign. We can only assume that, given the UAW’s action in response to pressure, Congressman LoBiondo – who had a 2012 UAW rating of 13% and a 72% Tea Party voting record – has received his moneys’ worth for the over $370,000 in campaign funds he has spent on this lobbyist since 2008.

“The question of why does a Congressman need to hire a Washington DC lobbyist is one that the voters should be asking Mr. LoBiondo if and when he presents himself in an open forum and one that the UAW should ask at their next endorsement meeting,” Hughes added.

The lobbying firm in question is Mai and Associates, which the LoBiondo Campaign has paid at least $110,000 since 2013, according to federal records.

Following meetings with local UWA presidents Ernestine Dawkins, Ross Seyfert and Sharon Messina and receiving word of their support, Hughes later got word that the union brass – after discussions with AFL-CIO leadership – no longer had his back.

The UAW had officially backed Hughes’s campaign on June 18, 2014 following a candidate screening.

Jason Galanes, campaign spokesman for the LoBiondo Campaign, addressed the payments to Michael Ingrao of Mai and Associates.

“Ingrao is a paid consultant,” Galanes said. “It’s all legal. This is nothing new. He’s paid to help us with labor relations in N.J. and Washington, D.C.” 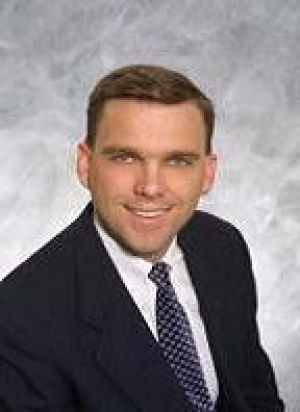