Mr. Guangbio’s event will be held at the Central Park Boathouse. (Observer)

According to the New York Post, Chen Guangbiao, a 45-year-old Chinese billionaire, will open up his pockets to 1,000 “poor and destitute” New Yorkers on June 25th. Mr. Guangbiao has offered to treat them to lunch at the Boathouse in Central Park, give each one $300, and even sing for them.

He’ll sing in English his own rendition of the 1985 Michael Jackson and Lionel Richie hit “We Are The World,” against world hunger.

“U.S. philanthropists donated to China’s disasters, why can’t we help the poor in the U.S.?” Mr. Guangbiao asked the South China Morning Post.

“I want to spread the message in the U.S. that there are good philanthropists in China, and not all are crazy spenders on luxury goods,” he said.

To raise awareness of his charitable act, Mr. Guangbiao purchased a full page ad in the Monday Times calling for America’s “poor and destitute” to email him at weishanzuile@hotmail.com to secure one of the coveted spots.

In the ad, Mr. Guangbiao likens himself to Lei Feng, a 21-year-old soldier who died as part of the People’s Liberation Army in 1962, and who has been depicted as a Chinese martyr.

“Chen is the renowned environmental entrepreneur who embodies the spirit of Lei Feng. For many years he has been a leader in recycling, demolition and reuse of waste construction materials,” reads the ad, possibly designed by the billionaire himself.

Only one question: can the Central Park Boathouse even fit this 1,000 person party? 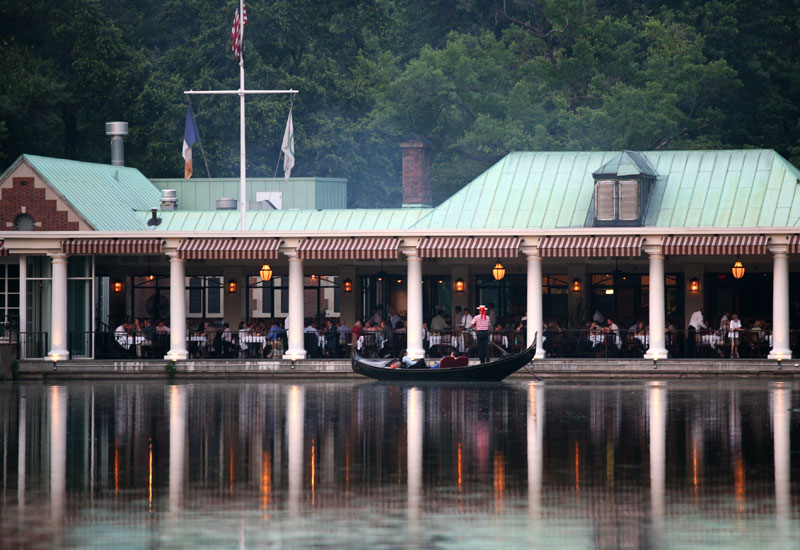