HADDON HEIGHTS – In a sweltering gymnasium here this morning at a scheduled town hall forum, Gov. Chris Christie slammed the Democrats’ $34.1 billion budget that emerged out of both chambers’ budget committees last night.

“So they passed yesterday a whole bunch of these taxes in committee,” Christie told the crowd. “I assume they are going to pass them tomorrow in the full senate and assembly.

“Let me guarantee what is going to happen: the same thing that has happened every time they sent me an income tax… in the years I have been governor,” the governor added. “I will veto it. I don’t want to sit here and be like the guy giving out candy, because there is no candy to give out.”

Christie made his comments on the same day that an associate judge is set to consider a law suit brought against the governor by public sector labor groups demanding that he balance the budget without dipping into public pension funds, which is Christie’s intention. 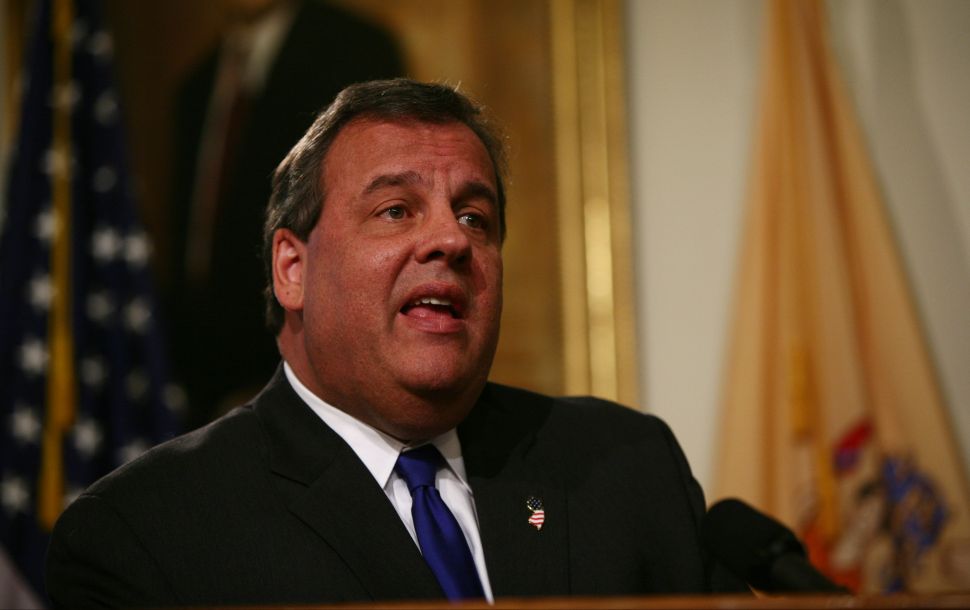