On Friday June 6, the Twitterverse welcomed its newest government organization: the CIA. For such a secretive organization, they certainly kicked things off with a surprising amount of humor and pizazz:

We can neither confirm nor deny that this is our first tweet.

Twitter users, of course, spent the following few hours churning out a plethora of jokey responses that’d surely make any dad proud. They were pretty predictable and got severely repetitive, but hey, it was a ~sUmMeR*fRiDaY~:

Even though the @CIA isn't following you, they are.

Waiting for CIA selfie that you didn't know you were in

so is the @CIA going to be the weirdtwitter federal agency? 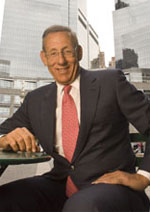