Three City Council members–Carlos Menchaca, Margaret Chin and Jumaane Williams–today urged the State Senate to pass a bill that would ban the use of condoms as evidence in all crimes, especially in prostitution-related offenses.

At a press conference on the steps of City Hall held before a related hearing, Mr. Menchaca highlighted the importance of the resolution, which cannot legally compel the senate to act.

“It is a victim’s rights bill and a public health bill all wrapped up into one,” Mr. Menchaca said. “When people don’t feel they can use condoms in public places that we are putting them in and take them to protect themselves, for any reason, we have failed. This policy and this resolution that council member Williams and I have introduced to the City Council will help push the state to make that final change.”

Ms. Chin applauded the NYPD’s recent efforts to limit the seizure of condoms but said it wasn’t enough: “The recent NYPD policy shift is an important one but it does not finish the job. It’s about doing the right thing, and when it comes to doing the right thing you don’t leave loopholes and you don’t leave people behind. Let’s get it done, let’s finish the job and let’s get the state to make it happen.”

Mr. Williams, for his part, emphasized what he viewed as an important contradiction.

“We cannot at once in the city try to encourage safe sex and encourage people to carry condoms and then charge them with prostitution when they are doing just that,” he said.

Spokespersons for the Senate GOP and Independent Democratic Conference did not immediately return requests for comment. 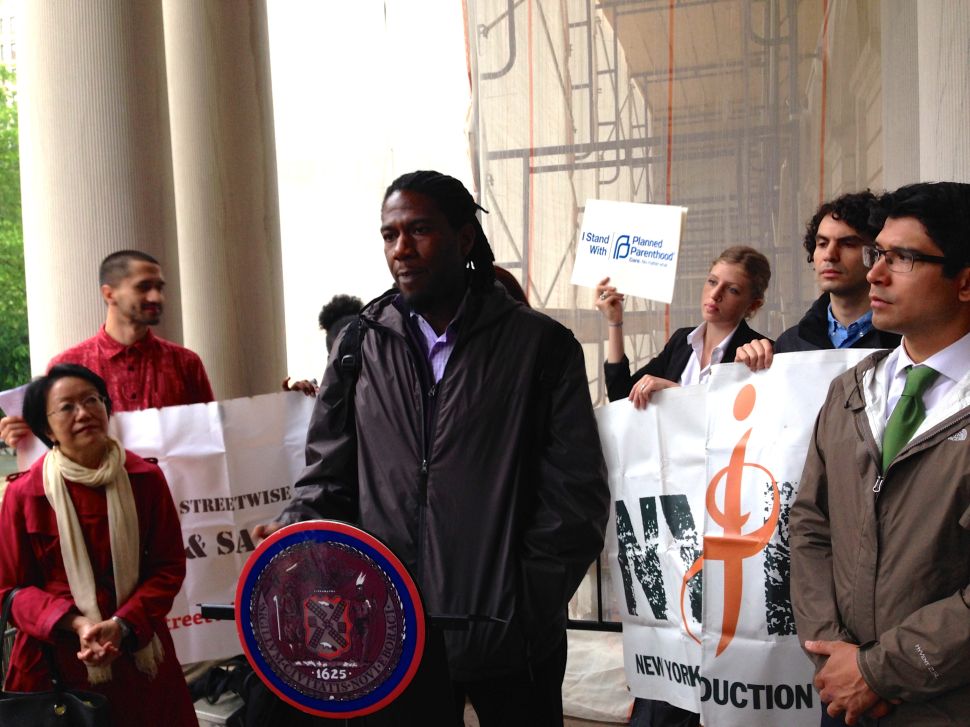