A movement conservative made waves across the nation this week after sneaking up behind a powerful GOP House of Representatives leader in Virginia’s 7th congressional district and ousting the lawmaker thought to be in line to eventually assume the speakership.

However, the stunning defeat of a Washington lawmaker that caught national pundits by surprise begs the question, could it happen in New Jersey?

The closest movement conservative battle was between incumbent U.S. Rep. Leonard Lance (R-7) and challenger David Larsen. It was Larsen’s third attempt at CD 7. in 2010, Lance beat Larsen by 24 points in a field of four candidates. In 2012, Lance fended off Larsen by a 61 percent to 39 percent margin. The healthy victory led many to believe CD 7 wouldn’t be an overly competitive race in 2014.

This year, Lance’s victory was a slimmer 54 percent to 46 percent with approximately 28,800 Republicans voting in CD 7 on June 3.

In the case of CD 3, movement conservative Steve Lonegan challenged newcomer Tom MacArthur for an open seat (both CD 3 hopefuls were new to the district). MacArthur, who won the backing of the Republican establishment in the right-leaning district, defeated Lonegan nearly 60 percent to 40 percent.

“If you take Larsen, Lonegan and Brat, the ones who did the best were the ones that were in elections with much higher turnout,” said Patrick Murray, director of Monmouth University Polling Institute, explaining voter participation, while low in CD 7 “if you compare it to a General Election,” was actually larger than expected.

“Lonegan didn’t do well specifically because turnout was low. The only way that Lonegan was going to do well was on high turnout,” he said. “[CD 7’s turnout was] higher than the rest of the state for a race that was not supposed to be competitive.”

The phenomenon, Murray argued, flips conventional thinking of Tea Party candidates succeeding in elections where voter turnout is low on its head. According to Murray, the candidates succeed when voters are motivated to head to the polls.

“You’re bringing people out who don’t normally vote in primaries because they vote Republican in general elections but really aren’t overly thrilled with the Republican Party,” said Murray, adding they need extra motivation to head to the polls.

In 2012, about 38,000 Republican voters headed to the polls. But it was a presidential election year, and even in blue New Jersey higher numbers of GOP voters head to the polls to cast their ballots (although about the same number of GOP voters split their votes between Lance, Larsen and three other CD 7 contenders in 2010).

“The underlying theme of the outs versus the ins, which is sometimes described as moderates versus conservatives and Tea Party versus establishment, is a theme all over the country,” said former Congressman Dick Zimmer, who represented voters in CD 12 in the 1990s and currently resides in Lance’s district.

“It’s not really Tea Party versus establishment and it’s not really moderate versus conservative, it’s more insider versus outsider,” he said. “This isn’t something that has sprung out of nowhere. It’s a theme that every smart incumbent congressman is keeping in mind.”

Zimmer argued Cantor’s leadership position pulled him more out of his home district more than Lance, who he and others note is extremely involved with his district, would ever allow and likely played another large role in voter dissatisfaction in Virginia’s 7th.

But for Larsen, a CD 7 victory seemed attainable.

“I believe if we had more of a turnout, personally, we would have won the race,” Larsen said. “I’m very happy for Mr. Brat. It’s going to energize movement conservatism across the nation for sure.”

However, an upcoming upset for Lance is unlikely, according to other New Jersey Republicans.

“The only time numbers are going to be close with Leonard Lance is in non-presidential election years,” said Sen. Michael Doherty (R-23), a favorite among movement conservatives who represents much of Lance’s district in the Statehouse, but whose hometown is just outside of the congressional district.

Doherty, who backed Lance, explained contested races in areas of CD 7 such as Hunterdon County drove higher than normal voter turnout for an off-year election.

According to Doherty and Murray, a Lance upset in the next congressional race seems unlikely. However, Doherty’s advice to politicians in the Garden State and beyond?

“Watch out for every vote,” he said, noting Lance’s previous support of federal cap and trade legislation sparked controversy among deep red Republicans.

“I think the cap and trade bill has continued to haunt Lance,” he said. “If you have a bad bill out there, that’s enough to hurt you, so it’s something to keep an eye out for [in the case of] any elected official.” 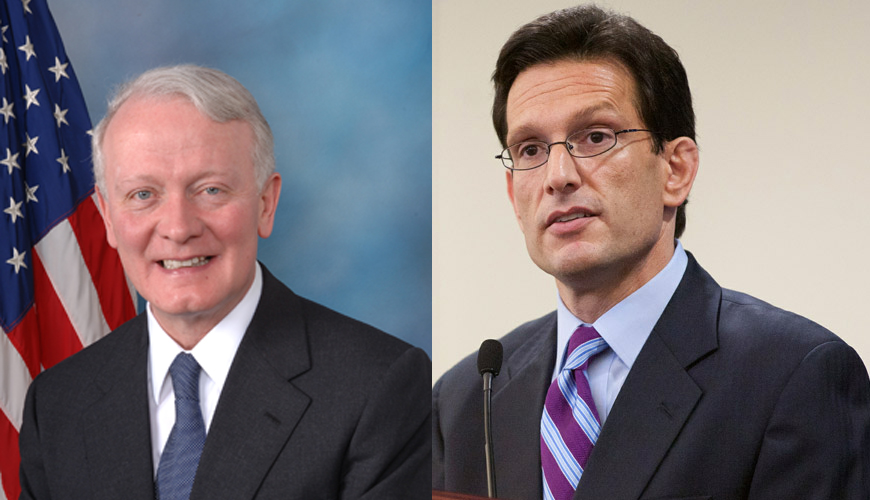