TRENTON – Screaming “Put the money in, Put the money in” in reference to pension funds Gov. Chris Christie wants to use to close a budget gap, red-shirted members of the Communications Workers of America (CWA) marched from the War Memorial to the Statehouse this afternoon.

Several hundred CWA members made the trudge, a so-called “scene of the crime” walk, brandishing signs, including “Chris Christie beaking his word, breaking the law.”

The CWA and other unions are suing the governor over his plan to dip into state pension funds.

They want to stop Christie from grabbing $900 million from the 2014 budget’s appropriated pension payment and his intent to reduce a $2.24 billion payment for Fiscal Year 2015 to less than $700 million. 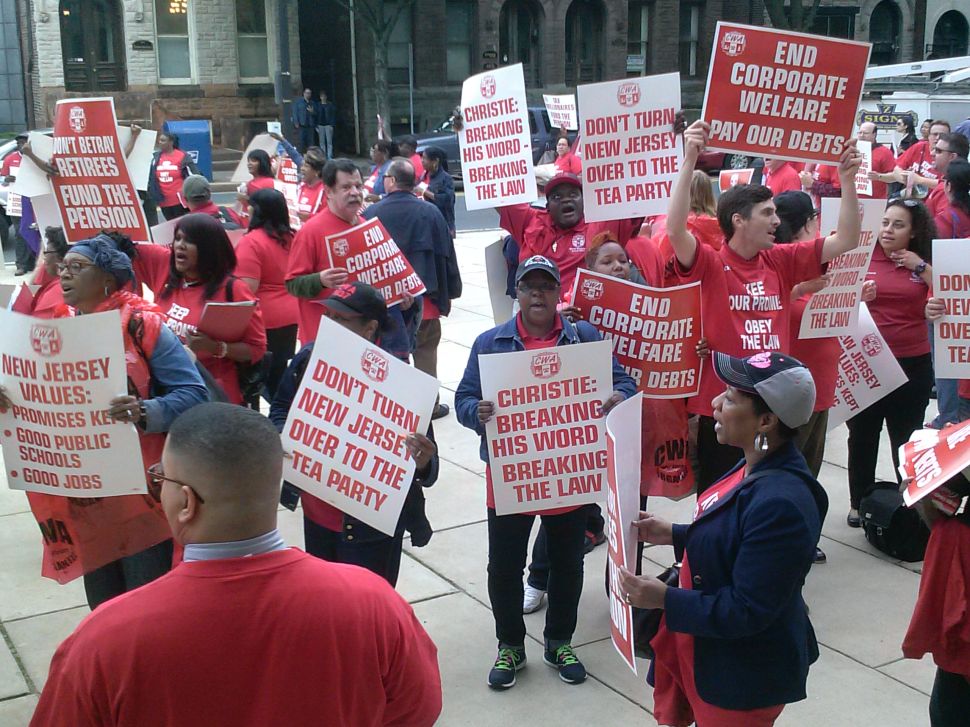