Over the 15 years that the Andy Warhol Art Authentication Board was in operation, it was sued “10 or so times, maybe more,” by disgruntled owners of paintings that they hoped had been created by the Pop artist, according to Joel Wachs, the president of the Andy Warhol Foundation. In each instance, the authentication board decided that submitted artworks were not genuine Warhols. “We won every single one of those lawsuits, but the process was extraordinarily expensive, costing us at least $10 million defending ourselves,” he said. “Eventually, we decided that we wanted our money to go to artists and not to lawyers,” which led the foundation to disband the authentication board in 2012.

Following decisions by the Keith Haring Foundation, the Pollock-Krasner Foundation and the estates of Pablo Picasso and Jean-Michel Basquiat to disband their authentication boards, a bill has been introduced into the New York State legislature to make lawsuits against art authenticators more difficult to win and to punish “nuisance” lawsuits.

The legislation, introduced by Republican State Senator Betty Little and Democratic Assemblywoman Linda Rosenthal, would amend the state’s Arts and Cultural Affairs Law by raising the standard of proof brought by a claimant that an art authenticator had acted negligently or fraudulently in rendering an opinion and by requiring the claimant to pay the authenticator’s legal fees if the claimant does not prevail in court. The Senate version of the bill (S.6794) was reported out of the board on April 30 and is pending consideration by the full Senate, while Assemblywoman Rosenthal’s bill (A.09016) is still under review by the Tourism, Parks, Arts and Sports Development Committee.

“The fear of liability and the threat of costly litigation is deterring specialists from providing opinions that are essential in determining authenticity, value and historical significance of artwork,” said Senator Little, who chairs the Senate Cultural Affairs, Tourism, Parks and Recreation Committee. She added that the bill would “protect authenticators from frivolous legal action while still holding them accountable for wrongful actions. It strikes a balance that’s clearly needed.”

Many individual art authenticators and authentication boards have been challenged in their decisions, since these opinions concerning what is or isn’t genuine are taken as the final word by reputable art dealers and auctioneers. A refusal by an authenticator to attribute a work of art to a particular artist may mean the loss of millions of dollars. “Claimants who hope they have a $50 million painting often have the resources to litigate, and the process of defending yourself can be extraordinarily expensive,” said Nicholas O’Donnell, a partner in the firm of Sullivan & Worcester who handles art law cases. “The authenticator may get paid $5,000 or $10,000, and that person risks a lawsuit that could cost them $500,000 and go on for years.”

The legislation would require anyone bringing a lawsuit against an authenticator to present “clear and convincing” evidence that the art expert acted in bad faith when rendering an opinion. That is a higher standard of proof than “preponderance of evidence,” which is often used in civil courts, but not at the same level as “beyond a reasonable doubt,” as is required in many criminal cases. Mr. O’Donnell said that under the current law a claimant could bring as a witness another expert to make the case that an artwork identified by the defendant as not authentic is genuine, and it would be up to the courts to determine which expert is more believable. Under the bill proposed by Senator Little and Assemblywoman Rosenthal, on the other hand, the claimant would need to show that “my expert is clearly right and there is no realistic possibility that the other expert is anything but wrong.” Along with the requirement that an unsuccessful claimant pay the authenticator’s legal costs, the bill “tells people not to bring a case unless they’re absolutely sure they’re right.”

Charles C. Bergman, the chairman and chief executive officer at the Pollock-Krasner Foundation, noted that there had been “two or three lawsuits, which cost a substantial amount to defend; the total might have been several hundred thousand dollars,” although he claimed that “experts were not reluctant to make their expertise available.”

The ever-increasing prices for works by major artists has increased the quantity of lawsuits against authenticators—lawsuits accusing them of professional negligence (not adhering to an appropriate standard of conduct), disparagement (of the quality or attribution of a specific work of art) and even antitrust (manipulation of the art market). The Calder Foundation, for instance, was sued in 2007 for declining to render an opinion on the authenticity of a stage set that sculptor Alexander Calder had designed back in the 1930s, while the Andy Warhol Foundation was sued in 2007 for “restraint of trade” for refusing to accept as genuine a work brought to its authentication board by a collector. Both of these lawsuits were dismissed by New York courts, and almost every claim against art authenticators has resulted in a victory by these art experts.

“The law favors authenticators who render an opinion in good faith,” said Judith Bresler, a New York lawyer who helped draft Senator Little’s and Assemblywoman Rosenthal’s legislation. “The problem is you may win in court but in the process spend thousands of hours and hundreds of thousands of dollars to defend your opinion rather than practice your profession. So many of these lawsuits are meritless, but they have had the result of making authenticators reluctant to offer their expertise, and who can blame them? The legislation reincentivizes art authenticators to practice their profession.” 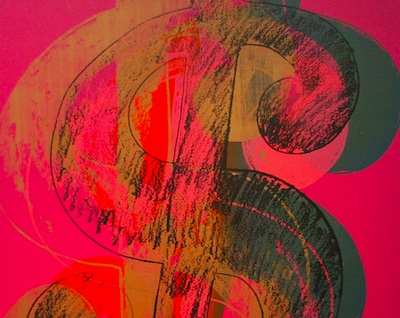