State Senator Adriano Espaillat said he will have more success in Washington than Congressman Charlie Rangel on the issue of immigration reform once he starts talking to President Barack Obama personally.

“I would persuade President Obama to stop the deportations,” Mr. Espaillat, a Dominican-American immigrant, said today at an uptown campaign event on immigration. “The president can, through executive order, stop deportations. Deportations bring nothing to our country.”

“I will bring my own story to Washington where I’ll say I was one of those children that came here with no papers,” he added. “I will tell my first hand story to President Obama and I know that it will move him.”

Mr. Espaillat and Mr. Rangel are locked in a rematch for a district that spans upper Manhattan and the Bronx, roping in heavily Latino and black communities. The campaigns have traded blows on the topic of immigration: the Espaillat camp claimed Mr. Rangel “endorsed deportations” when he defended Mr. Obama’s immigration record, while Mr. Rangel’s campaign charged that Mr. Espaillat is cozy with a breakaway Democratic faction in Albany that has not passed the Dream Act, legislation that would grant tuition assistance to undocumented immigrants.

Mr. Espaillat said he would keep fighting in the state legislature to make the Dream Act a reality.

“I’m fighting now as we speak to still get the Dream Act on the calendar before the end of session,” he said.

In response to today’s comments, the Rangel camp provided a statement from Congressman Luis Gutiérrez, an Illinois lawmaker who has led the charge for immigration reform and endorsed Mr. Rangel.

“As I lead the fight for comprehensive immigration reform, no congressman has done more than Congressman Rangel,” he said. “He is invaluable in this effort, and losing his experience and commitment at this critical juncture would be a blow to creating a path to citizenship, passing the Dream Act, and providing young, hard-working immigrants with the same opportunities as every other young person in America.” 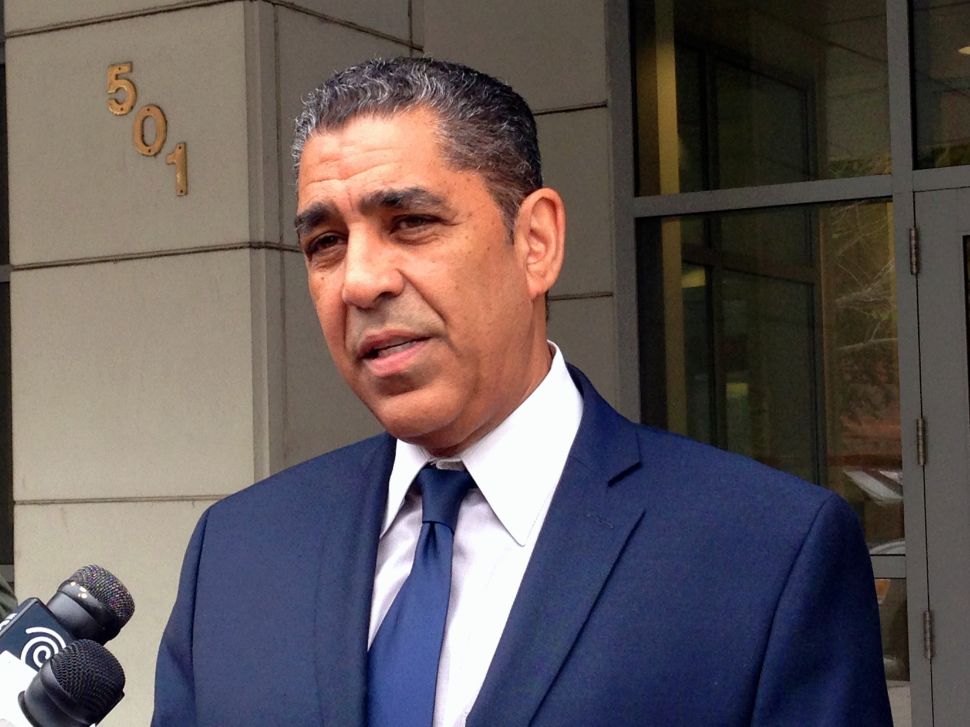