There was some talk before hand, some fretful and – as it turned out – less than frank talk about the possible vulnerability of state Sen. M. Teresa Ruiz (D-29) as vice chair of the Essex County Democratic Committee.

On the heels of Ras Baraka’s victory in the Newark mayor’s contest last month and subsequent take down of U.S. Rep. Donald Payne’s (D-10) South Ward Democratic Chairman earlier this week, Ruiz looked like she might field at least a disgruntled “nay” vote” for her reup as Chairman Leroy Jones’ number two.

Jones and Ruiz – a staunch ally of Essex County executive Joe DiVincenzo, who went all in against Baraka in the mayor’s contest – both won the chairmanship and vice chairmanship of the party without a peep of opposition.

Baraka allies made their lone play for a power grab at secretary of the party off their dethronement of Lee Fisher in Newark’s South Ward earlier this week.

Montclair party members supported them for a vote to be called but failed to swecure sufficient support.

The secretary appointment in question, in fact, was Fisher, repackaged at the county party level and pursued to no avail by the same Baraka partisans who dumped him in the South Ward.

Baraka was not present at the reorganization meeting. 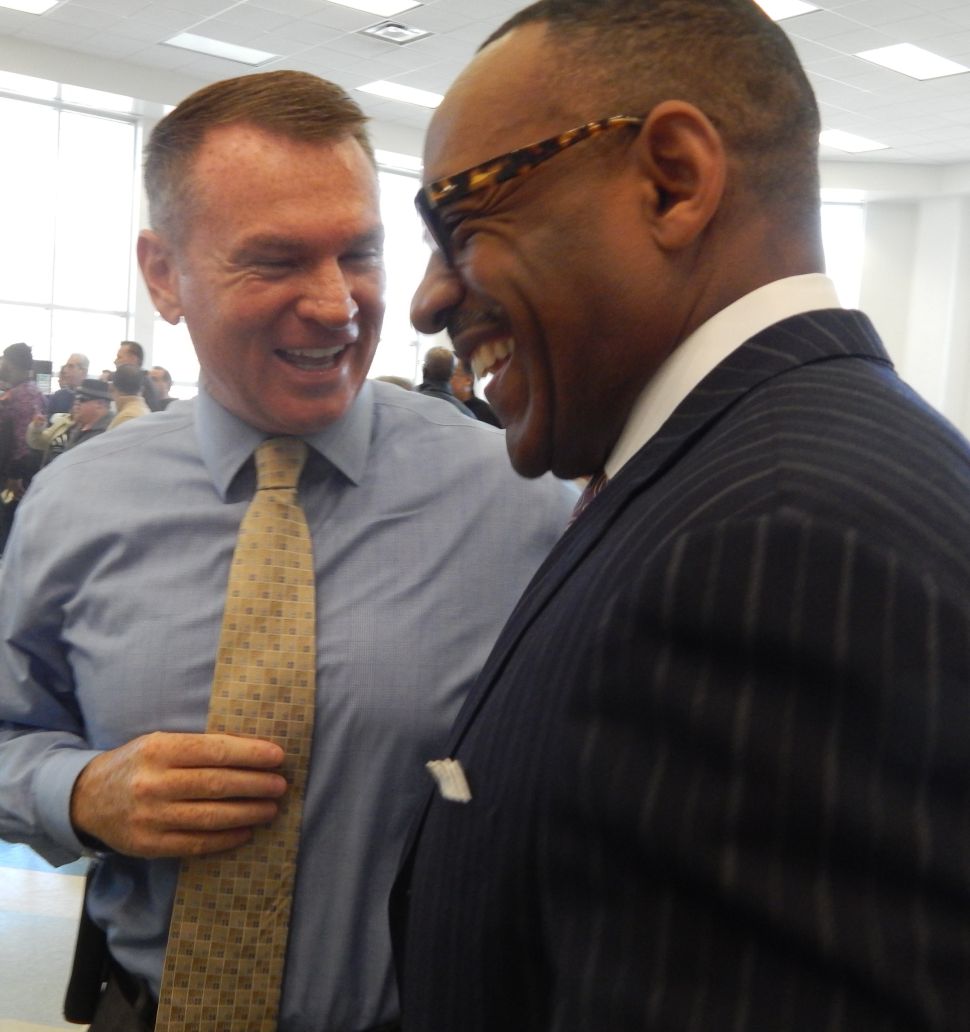