It’s a pleasant surprise to see Jonah Peretti make the most salient criticism of the New York Times’ recently controversial (and leaked) innovation report. Why is the Times being so hard on its tech and product teams while ignoring the real elephant in the room?

They spend an estimated $644 million combined on delivery and printing costs, plus untold hundreds of millions to be based in the heart of Manhattan. Aren’t these the real, daily business concerns that the newspaper should be looking at more closely?

Let me back up. There was a provocative piece in the New Yorker recently that poked a few holes in the beloved concept of “disruption.” Basically, it looked at many of the examples in Clayton Christensen’s famous book, The Innovator’s Dilemma, and found that despite being “disrupted,” many of the businesses turned out just fine. Our current cult of the new and shiny often leads to more mistakes than properly minding the store does.

Some have offered much more drastic solutions. Four years ago Marc Andreessen called for the New York Times to “burn the boats” and cease its print operations, referring to when Hernan Cortes ordered his men to do the same when arriving in the New World. And two years before that he put the Times on his “Deathwatch,” warning that if they didn’t change their course dramatically they would die a painful death. Thank God they didn’t listen to that advice.

But now, the New York Times and the Washington Post recently announced plans to collaborate with Mozilla to create a platform to allow more user contributions. The timeline for this plan? Two years. That is disruptive thinking at it worst—and by that I mean, an old school company trying to be entrepreneurial and more likely just creating an expensive boondoggle.

It’s a point I’ve raised before: Vox Media is on track to have $25 million in revenues this year by some estimates. Yet it appears in the Times’ report fourteen times. Upworthy has only just started looking for ways to generate revenue, yet it appears five times. The Huffington Post and Buzzfeed both have pretty substantial revenues…but it’s really nothing compared to the New York Times’ $156 million in operating profit. So why is the Times so concerned about these competitors that they are dominating financially?

Especially when they have much, much lower-hanging fruit it could address—like their legacy costs.

Yes, the New York Times generates an immense amount of revenue ($1.6 billion, something I like personally, as a shareholder) but Mr. Peretti correctly points out that this is a function of its immensely expensive enterprise. I’ve mentioned how expensive their print operation is, but it doesn’t end there—their newsroom alone costs $200 million a year.

And of course, these expenses are partially why the New York Times is able to charge so much for its product. It produces something that is so good, it’s actually worth paying for it. (They call these “subscribers”).

This creates a kind of strategic paradox. On the one hand, other online publishers are gobbling up digital advertising dollars with the kinds of business models I’ve criticized extensively in this column. On the other, the Times’ core business depends on being a cut above that. So what should they do? Which should they pick?

What about neither? I would argue that boldest path is simply this: continue down the same path, ignore the distractions, but re-examine decisions and standards made around old assumptions. In other words, do what you do, but efficiently, and intelligently.

By way of example, I’ll raise a controversial point that I’ve heard from Jake Dobkin of Gothamist before: Why on earth does the New York Times need to be based near Times Square? How much does that cost? What does it truly get out of this? I’m not saying they need to move to Ohio, but surely there are options.

In Austin, where I live, the real estate market is insane. Every morning when I go for a run, I pass the Austin American-Statesman building, which sits on a beautiful multi-acre campus on Lady Bird Lake right on South Congress. To me, it is a monument to waste and hypocrisy.

What could this land be worth? Tens of millions for sure. How many years of operation could this fund for the Statesman? Sure, being downtown has long been a competitive advantage for newspapers in cities all over the world. But perhaps this is a luxury that papers can afford no longer. In a world with cell phones, reporters who work from home, and all the tools we have at our disposal, it is really critical to be downtown adjacent? Wouldn’t the financial buffer be better? Wouldn’t that allow any newspaper to invest in its newsroom?

Every business and industry is a product of its past. In this case, you have a 150-plus years of baggage, all based around a world where print is your exclusive form of revenue. What savings are buried just in examining and changing a few decisions that rest upon that old mindset? Take their Editorial Department, which the Observer pointed out this year only snagged two articles in the publication’s most read articles last year—and they were guest columns by Angelina Jolie and Vladimir Putin! That seems like something that has to be fixed. And it will be a lot easier to do than re-making the site in the image of Henry Blodget.

Attempts to reinvent the wheel by people in the car, while it’s driving, rarely go well. But that’s precisely what a lot of armchair critics and blogging bloviators advise successful publishing businesses to do. The reason they don’t focus on the real, tangible problems that can be fixed is because they don’t know they’re there. But they are, usually hidden in plain sight, and the Times can fix them and maintain its dominance if they can slow down and get these issues out of their blind spot. 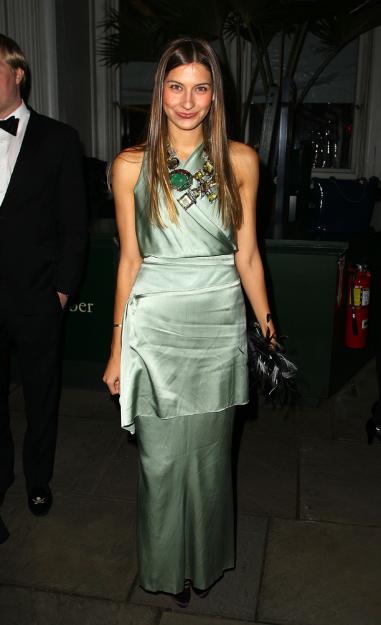