The AG’s Office hit Durr on official misconduct charges for allegedly entering an undisclosed deal to sell transferrable development rights on a 104-acre farm to a developer, and then using his official positions to advance the developer’s plan to build a major residential and commercial project at another site in the township, Hoffman said.

Under his deal with developer Renaissance Properties Inc., Durr bought the farm from its owner in 2006 for $2 million, and subsequently sold the “transfer development rights” for the farm to Renaissance at a pre-arranged price, according to the AG’s Office. Durr received $2,372,500, which meant he effectively obtained the farm for free and turned an extra profit of $372,500.

Transfer development rights (“TDRs”) are a privately financed farmland preservation system whereby farmers with land in an area of Chesterfield designated for preservation – the “sending area” – can retain title to their land while selling their development rights to developers, who can use them to build in another area set aside by the town as a “receiving area.”  Durr had long been interested in acquiring the farm, which is next to his home and which he had farmed for years under an arrangement with the owners, the AG said. Durr retained two TDR credits so he could build a house for his daughter on the farm.  The land, with two TDR credits, was worth about half a million dollars.

The Division of Criminal Justice Corruption Bureau obtained a state grand jury indictment yesterday charging Durr, 64, of Chesterfield, with official misconduct and speculating or wagering on official action or information, both second-degree charges.  Each charge carries a sentence of five to 10 years in state prison, including a mandatory five years without parole, and a fine of up to double his illegal gains.  The state also is filing a civil forfeiture action against Durr for the 104-acre farm.  The case was investigated by the New Jersey State Police Official Corruption Bureau.  It stemmed from a report by the New Jersey Office of the State Comptroller.

“State law strictly prohibits this type of surreptitious self-dealing by a public official,” said Hoffman.  “As the township’s mayor and a member of the planning board, Durr knew exactly what this developer needed, and we allege that he corruptly capitalized on that information.  In return for a farm he long coveted and a huge profit, he took several official actions to help this developer that never would have passed muster if their relationship was publicly known.”

“Instead of using his official positions to single-mindedly advance the public interest, as was his duty, Durr allegedly put his authority and influence in Chesterfield up for sale, advancing his own personal interests and those of a major developer,” said Director Elie Honig of the Division of Criminal Justice.  “There is no place in government for self-dealing, and we will continue to work hard to root it out.”

“This case is an example of how a strong working relationship between the Office of the State Comptroller and the Office of the Attorney General serves to protect the citizens of New Jersey from those who would attempt to abuse their public position for personal profit,” said Acting State Comptroller Marc Larkins. “We look forward to continuing this partnership in the future.”

Renaissance purchased a large parcel of land in the Chesterfield “receiving area” in 2005 and needed 260 transfer development rights (“TDRs”) to develop it with homes, apartments and light commercial uses, consistent with the township’s master plan.  In February 2006, Renaissance contracted with Durr to buy the TDR credits on the 104-acre farm from him for $65,000 per credit, though Durr did not own the farm yet.  Renaissance paid a non-refundable deposit of $150,000.  The property was allocated 26 TDR credits, but Durr knew that allocation was low and could be appealed.  In April 2006, Durr entered into an agreement with the owners of the parcel, the Martin Family Partnership, to purchase the farm for $2 million.  Durr put $400,000 down and financed the balance with a mortgage loan.  He included his agreement with Renaissance as part of his loan application.  He closed on the farm in July 2006.

It is alleged that Durr took the following actions using his influence and/or his official positions in Chesterfield without disclosing his deal with Renaissance to sell the TDR credits: 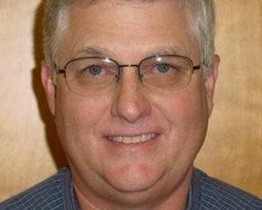