Spike TV’s “Frankenfood” truck, in the city until June 20, is bringing an assortment of wacky food items to New Yorkers.

Airing on June 22, “Frankenfood” follows amateur chefs creating either incredible (or inedible) food combinations in the hopes of winning $10,000 and a spot on a local restaurant’s menu.

In a bid to promote their new show, these free food trucks are hitting up cities from New York to Los Angeles all week with their zany (yet shockingly tasty) creations.

“I don’t think anything is too risky,” Mr. Capon said of the Frankenfoods.

While no one in line was brave enough to sample the bacon wrapped hotdog éclair with Cheez-It topping, the mac-n-cheese balls debuted to rave reviews.

“This doesn’t taste weird at all!” one woman exclaimed with her mouth full of the mac-n-cheese creation.

One patron named Gio Martinez, decked out in Frankenfood gear, called the Guinness and chocolate-coated pork belly and the mac-n-cheese balls his favorite of the truck’s eats.

Mr. Capon called the Bratanana Split, a bratwurst and banana split combo, and the Baby Octopus “Jelly Shot” the worst Frankenfoods he’s come across. (Thankfully, they’ve been omitted from the menu.) 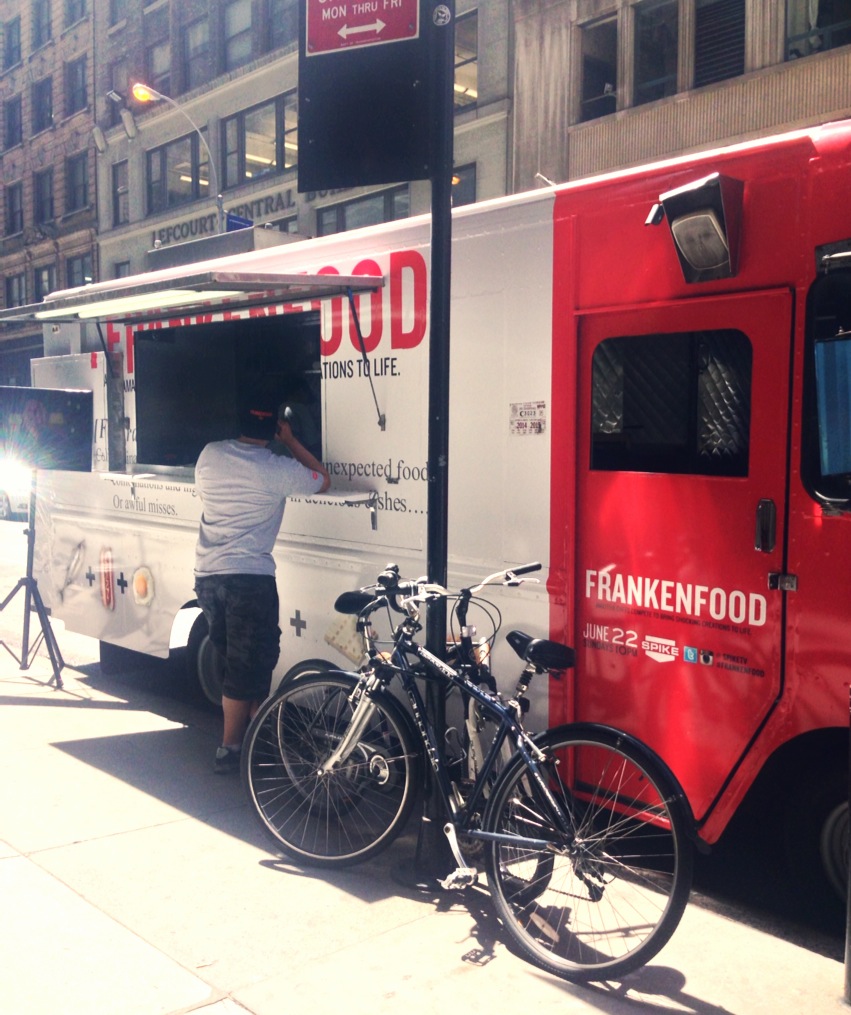